Some say the couple that cosplays together stays together (ok, not that many people, but some). If that’s true, then these couples are

Gender-Swapped Alan Grant and a T-Rex

She knows what he likes – loud noises, a lot of movement and a nice big flare. Of course, it helps that she’s been obsessed with dinosaurs her whole adult life. 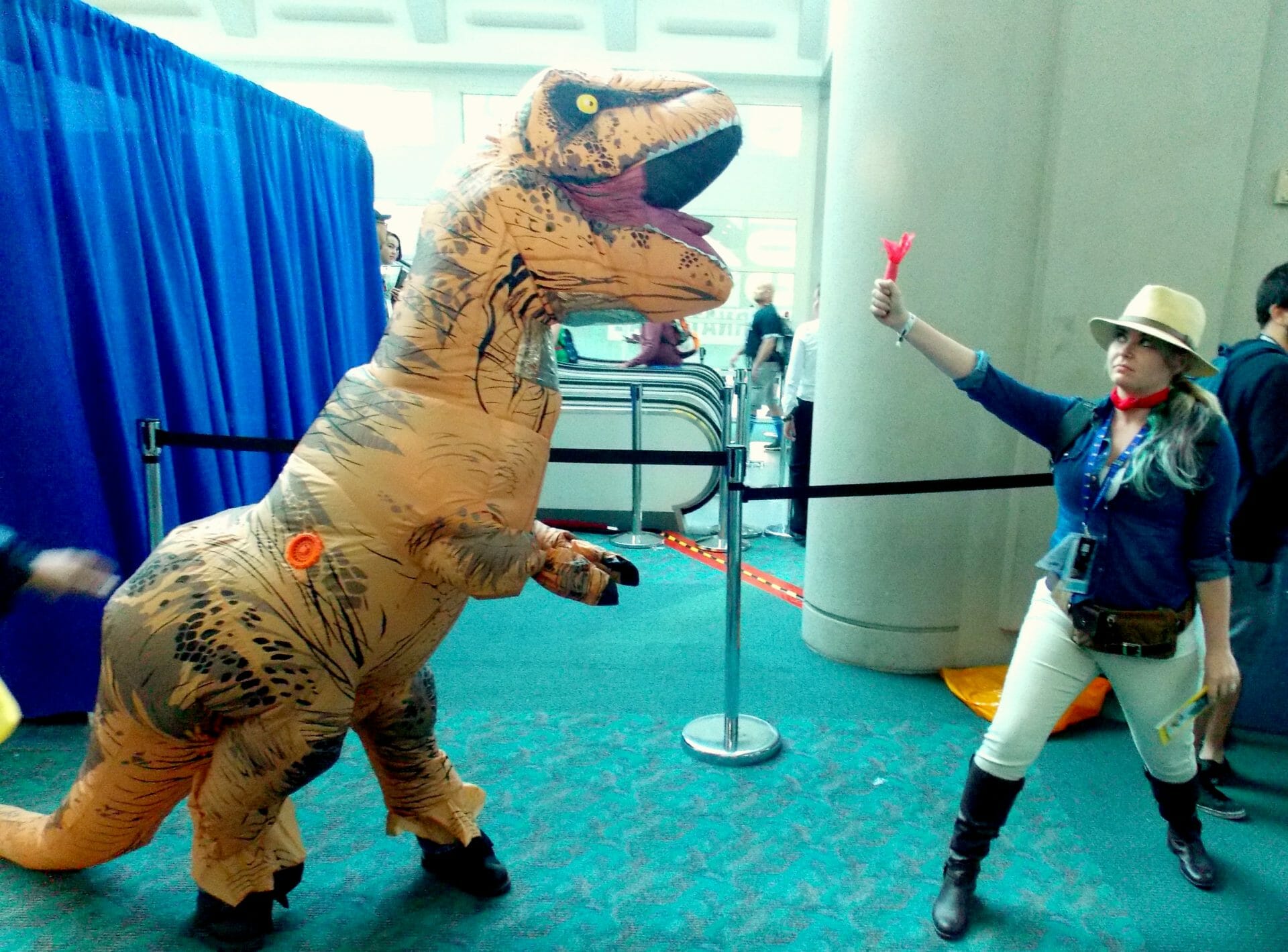 Sure, one’s from The Force Awakens and one is from Star Wars Rebels, but these two sure look good together even if they aren’t together in another galaxy far, far away. 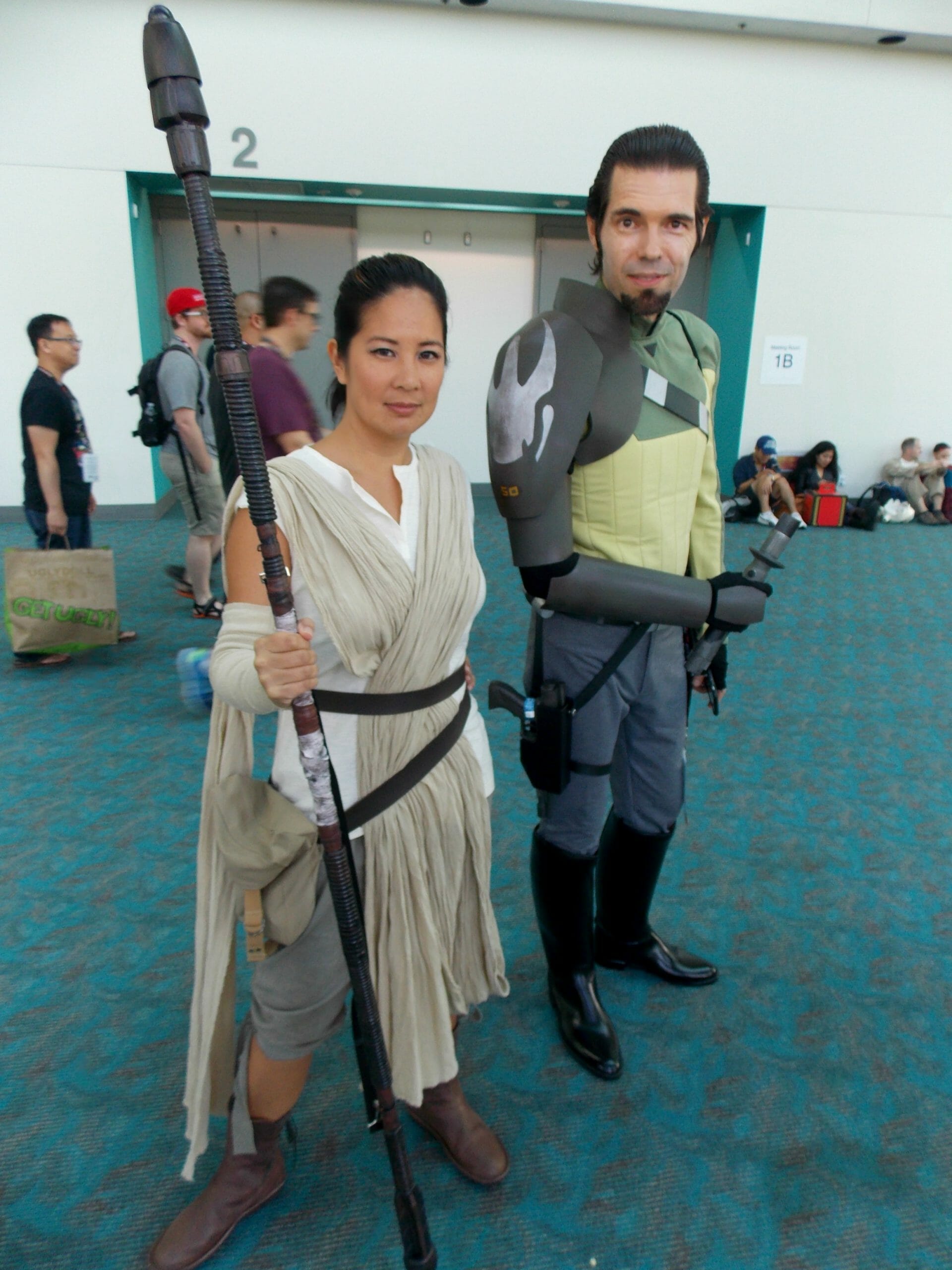 These two live and die by a simple motto: Laugh now, cry later -and kick Rita Repulsa’s butt in the processes. 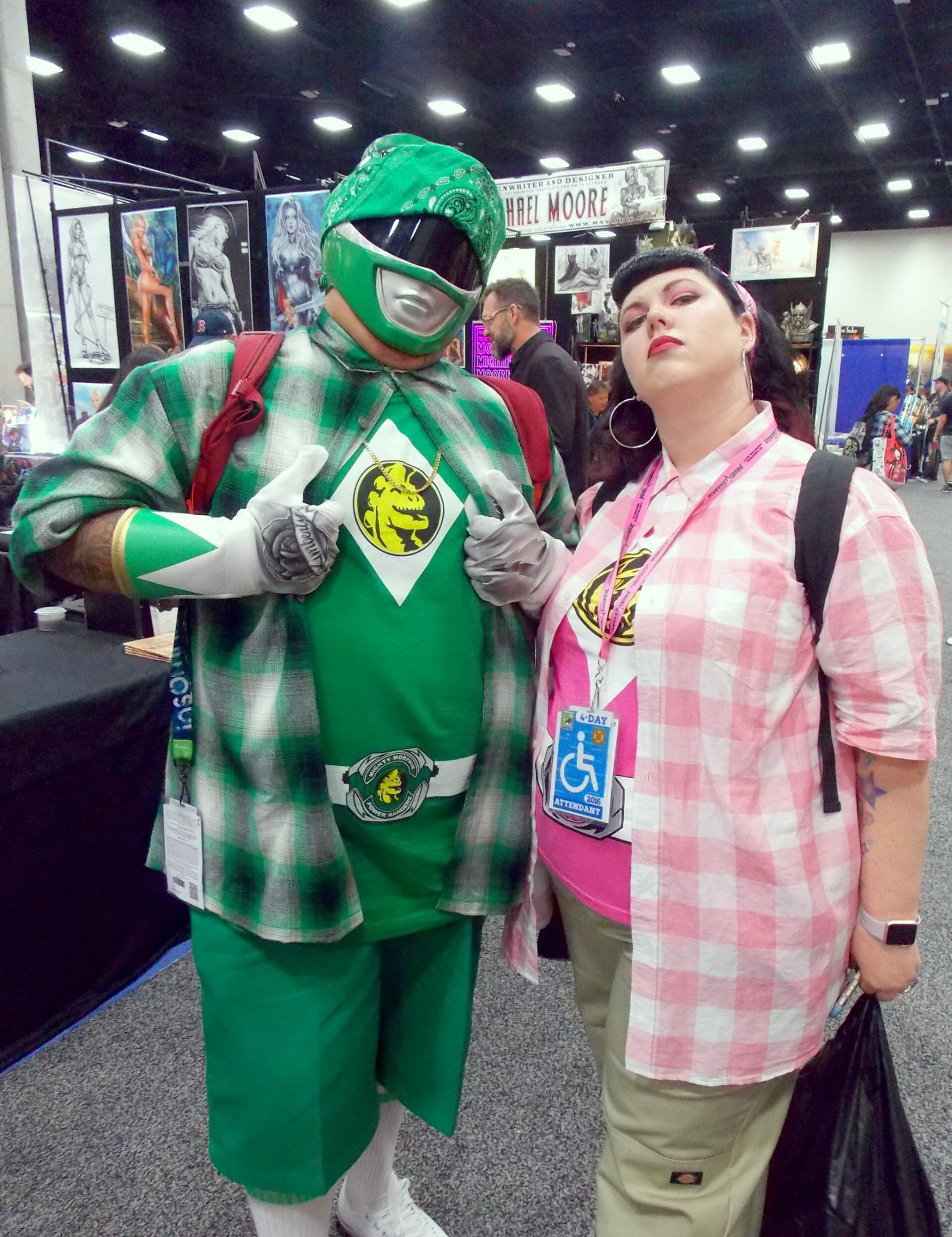 Sure, Jared Leto’s behavior while filming as the Joker in the Suicide Squad movie may have been scary to his co-workers, but no version of the Joker could be nearly as terrifying as the one that had to reattach the skin from his severed face. If the couple actually read the comics, they’d know that this is one twisted relationship to cosplay. There are tons of Joker and Harley Quinn costumes at any given convention, but since the Suicide Squad movie is just about to come out, there were even more this year. This one was refreshing in that at least they had some different-looking costumes and weren’t just mimicking the upcoming film. 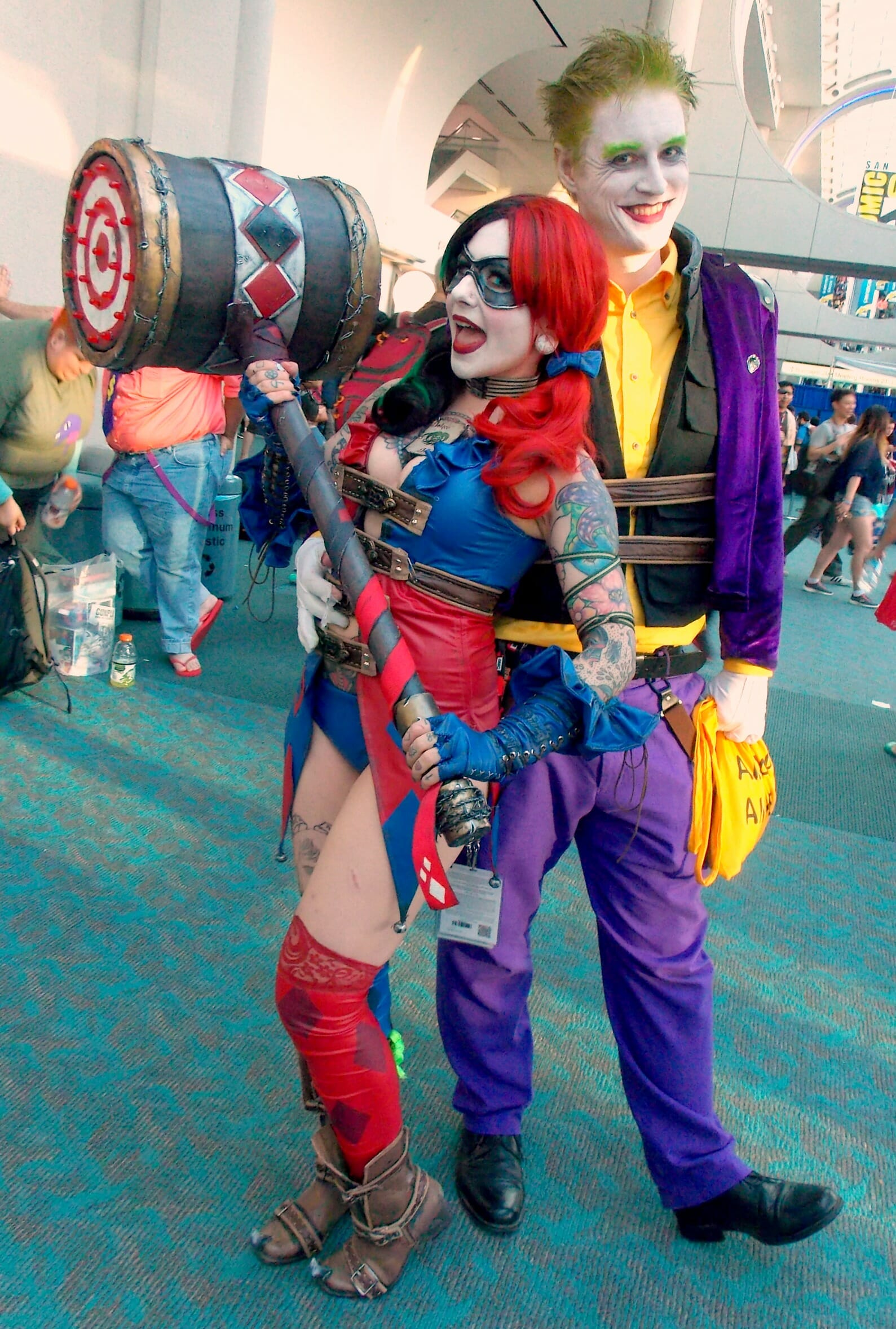 Look out Hawkman, she’s a man eater -perhaps literally if this picture is any indication. Besides, would you really want to have an angry Joker on your bad side? 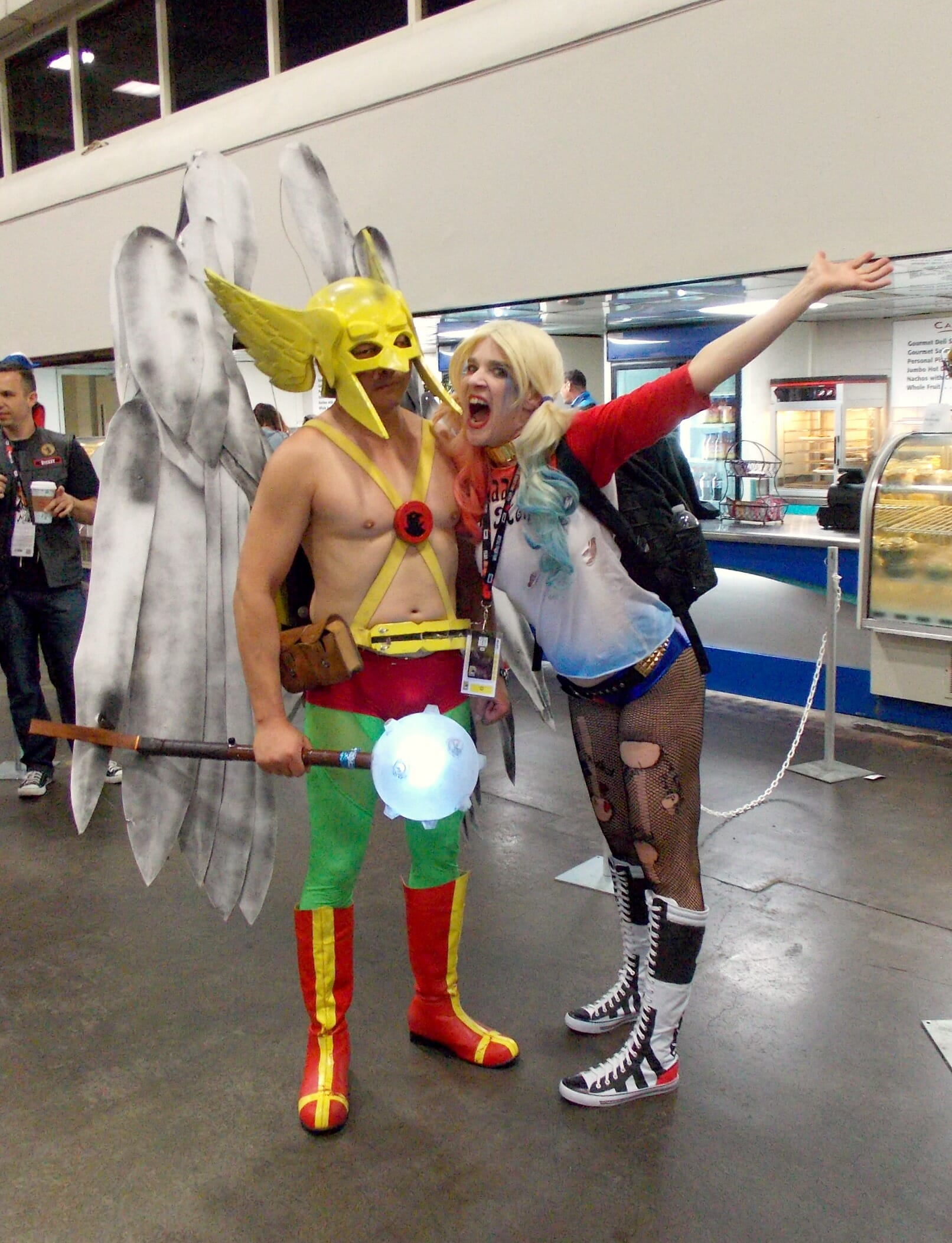 It’s debatable if this actually qualifies as cosplay, but these balloon hats are still pretty incredible. They were created by the gentleman in the picture, so they at least were made specifically for this couple. 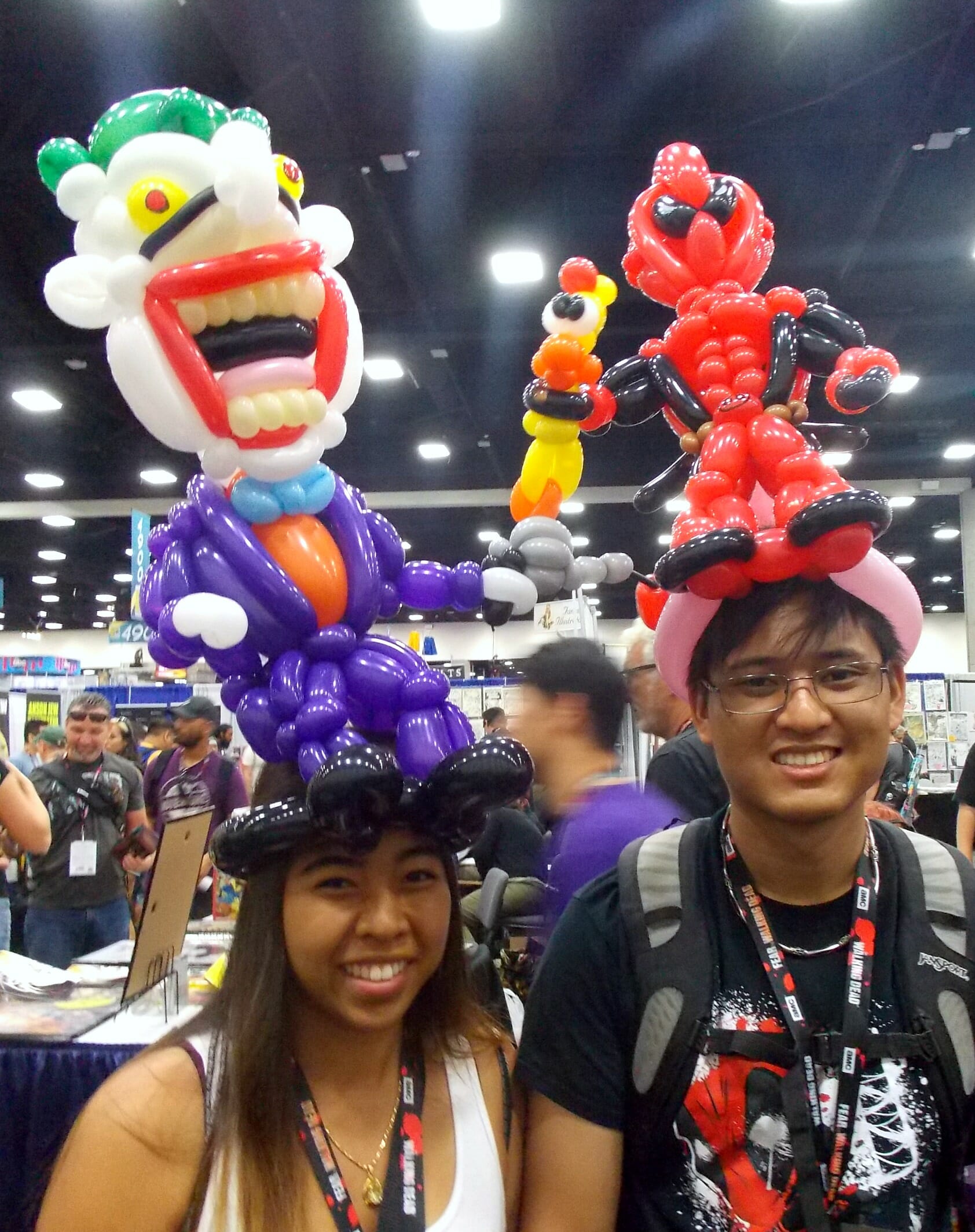 While a whole lot of women went as Harley Quinn, some of them preferred to play the hero and with Barbara Gordon and Jason Todd partnered together, I wouldn’t want to be a villain at this convention. 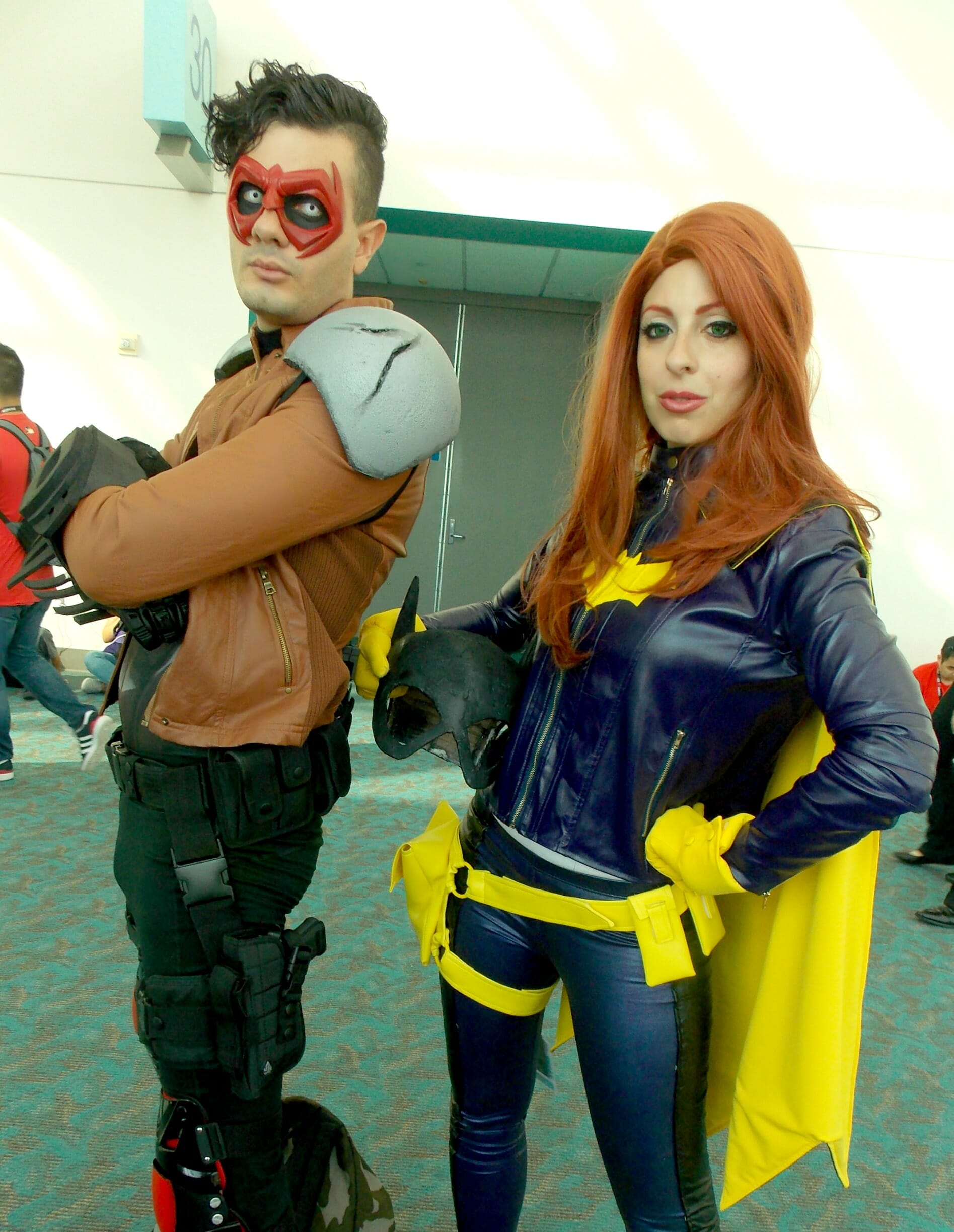 Sure, in the comics Speedy is a man and in the show (which is where these particular costumes come from), she is Green Arrow’s sister, but this couple still looks great together no matter the incestual implications. 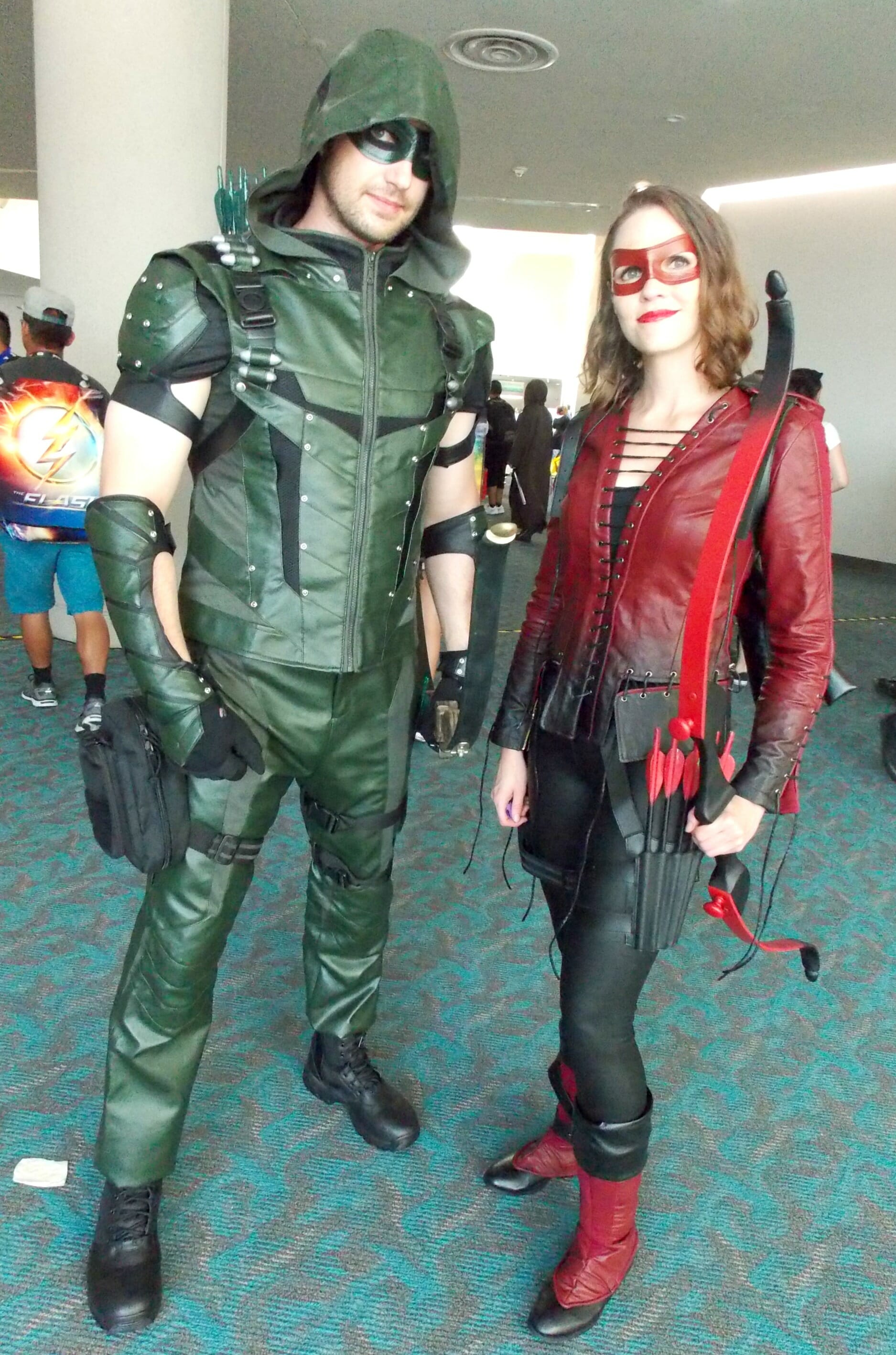 Gozer the Gozerian and A Ghostbuster

Sure they might have been mortal enemies, but don’t they look happy together? Maybe they bonded after the whole cross-the-streams thing. 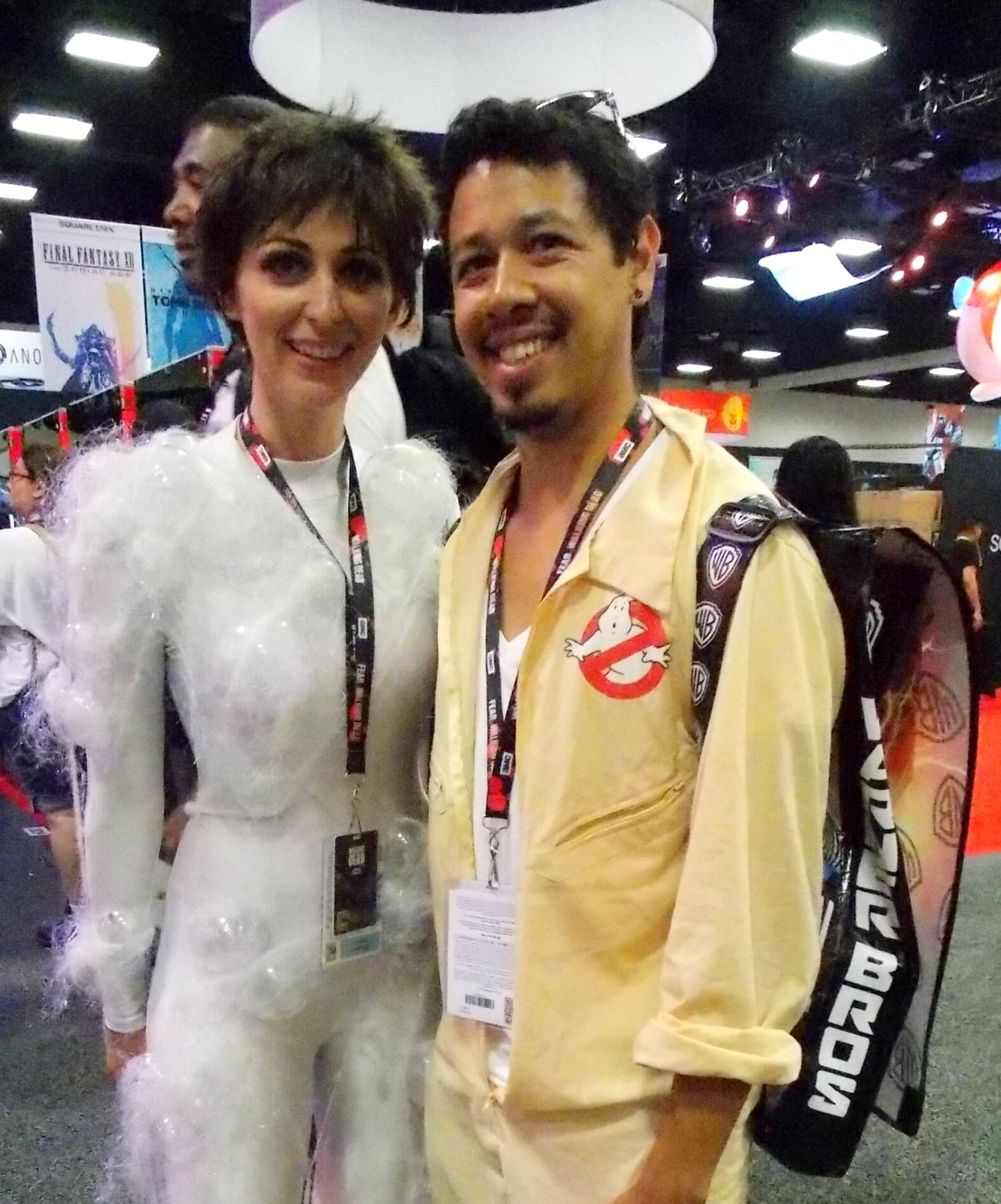 I can’t tell you for sure if these two are from a particular fictional source or are just fantasy-inspired costumes, but either way they look like they were made for one another. 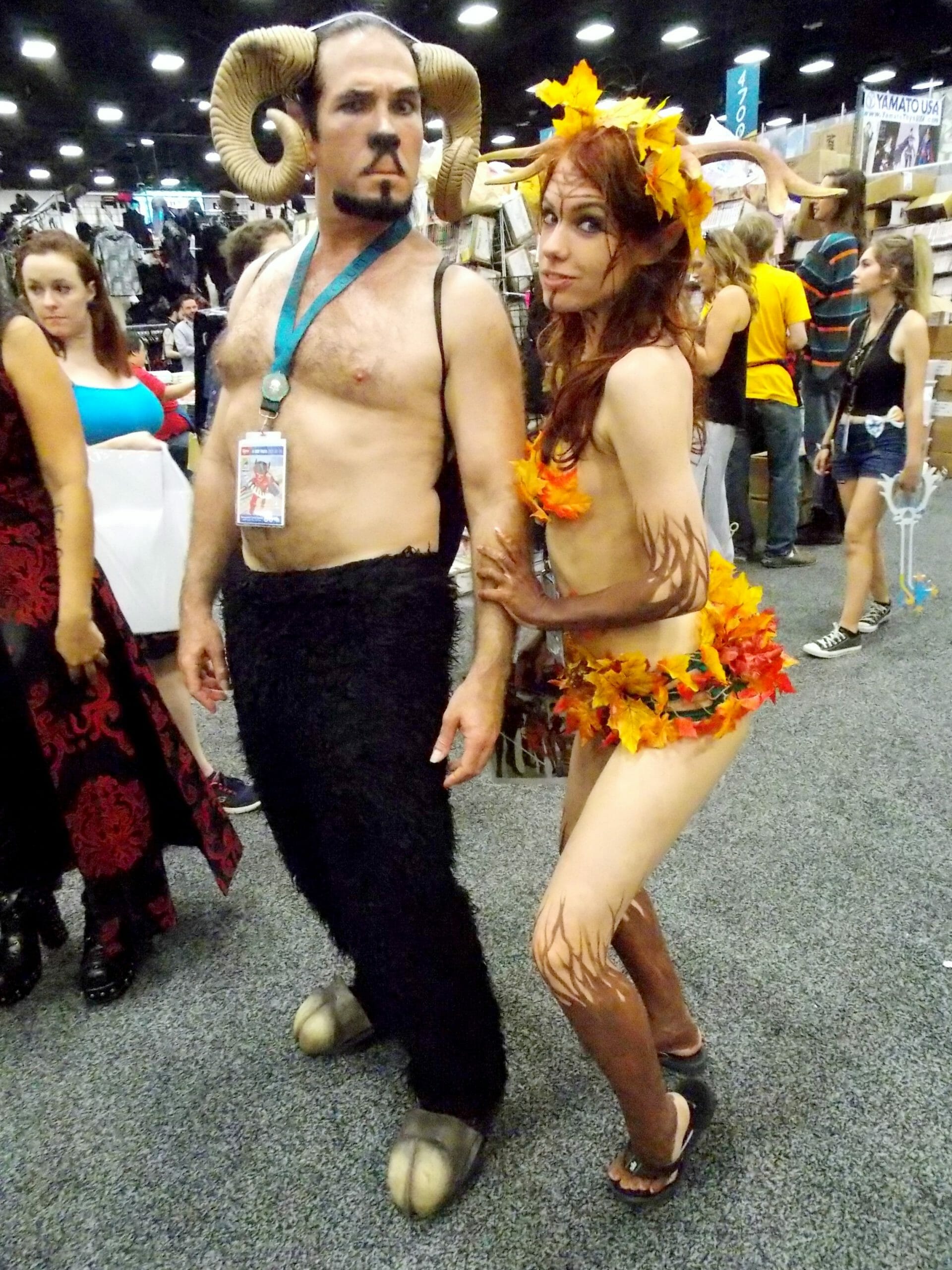 If you’ve never seen Flash Gordon, you’d be forgiven for not realizing these two are from the same source material, but just because he looks casual and she looks beyond elegant doesn’t mean they don’t belong together. 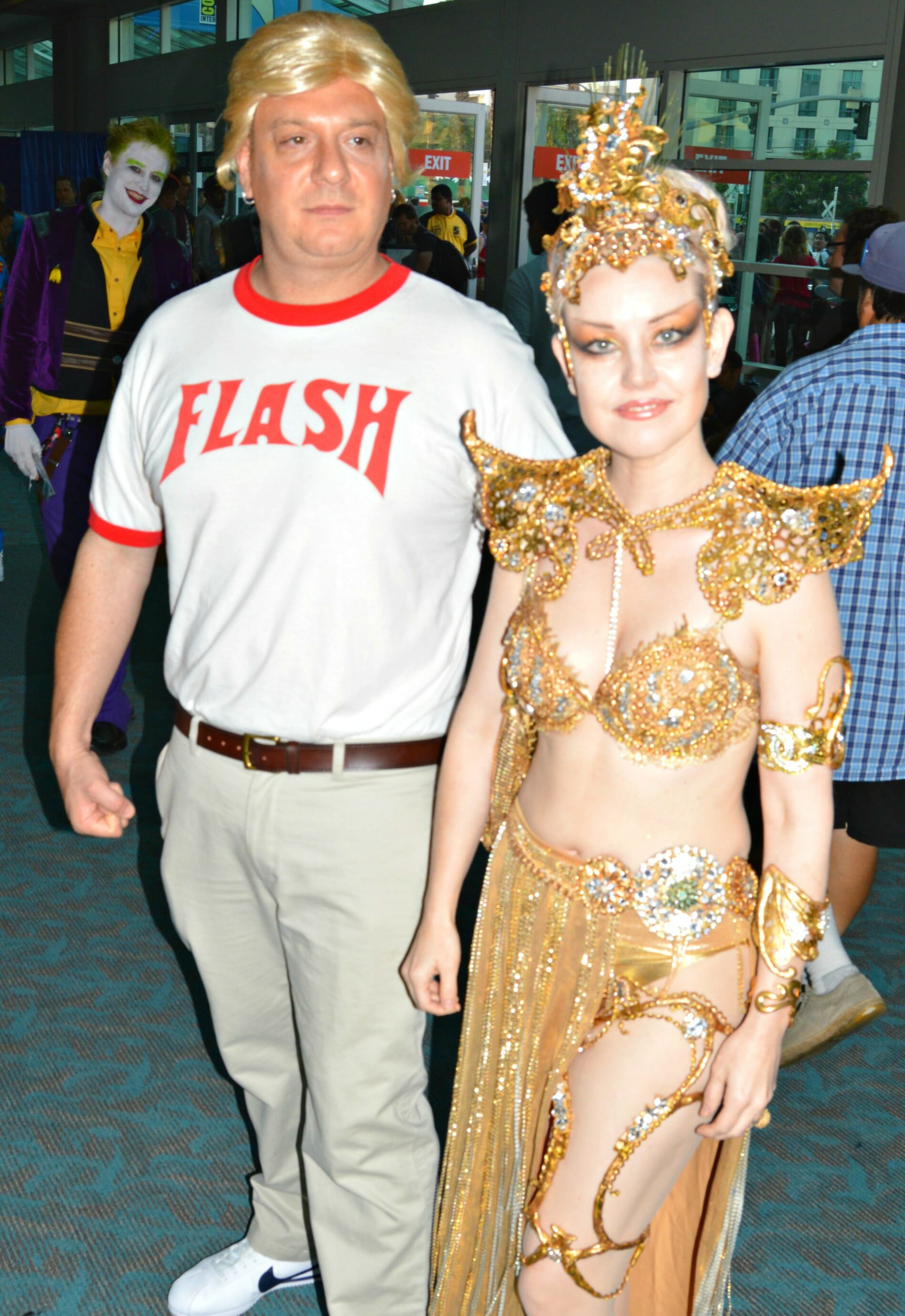 She may have died in her debut episode, but Karsi remains a memorable character and Tormund is just about everyone’s favorite wildling. Between the two of them, I bet they have some “wild” nights on the town. 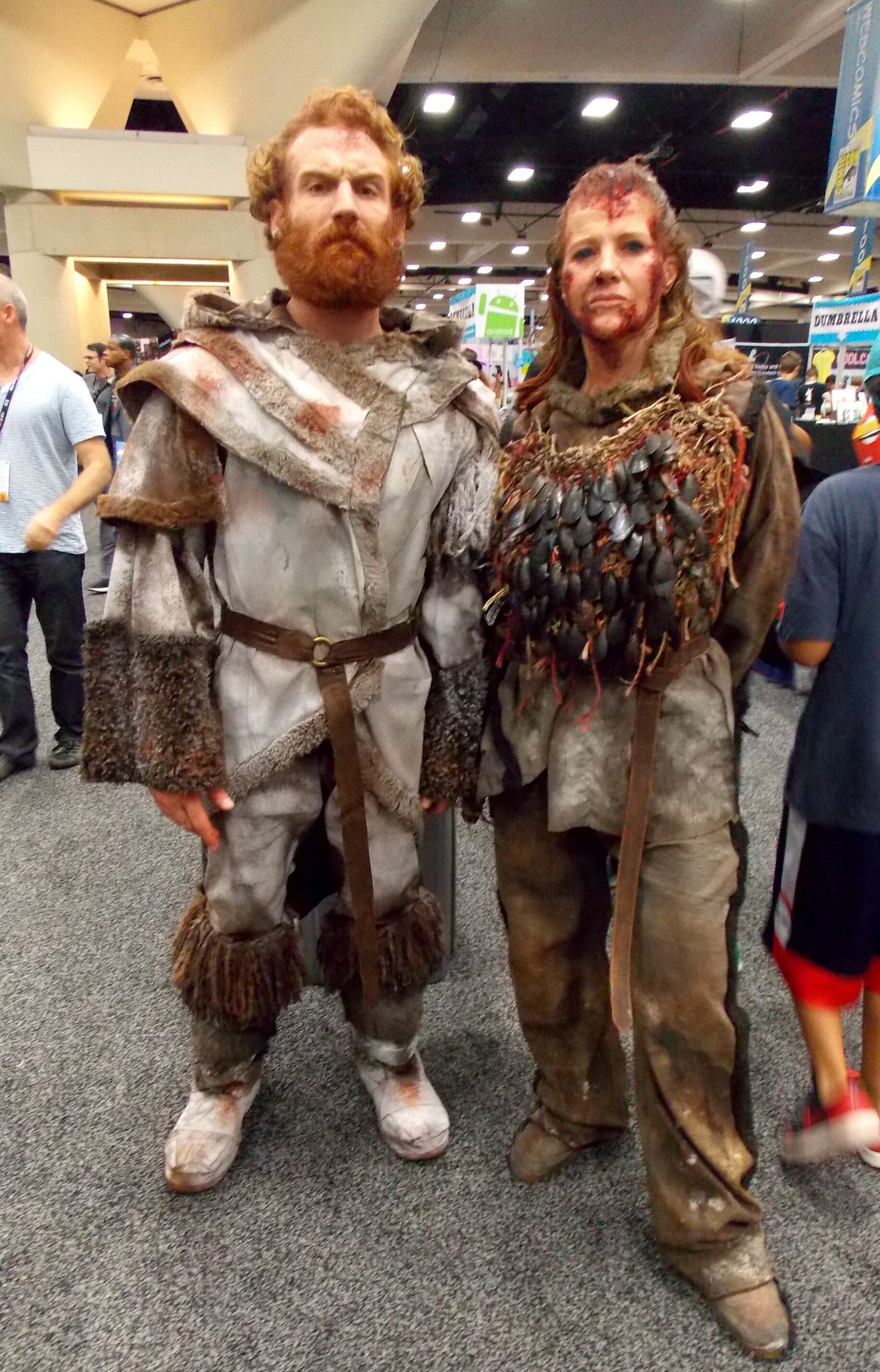 This couple kicks butt -at least, if they’re anything like their Street Fighter counterparts. On the other hand, I’d hate to be in the room when they get in a fight. 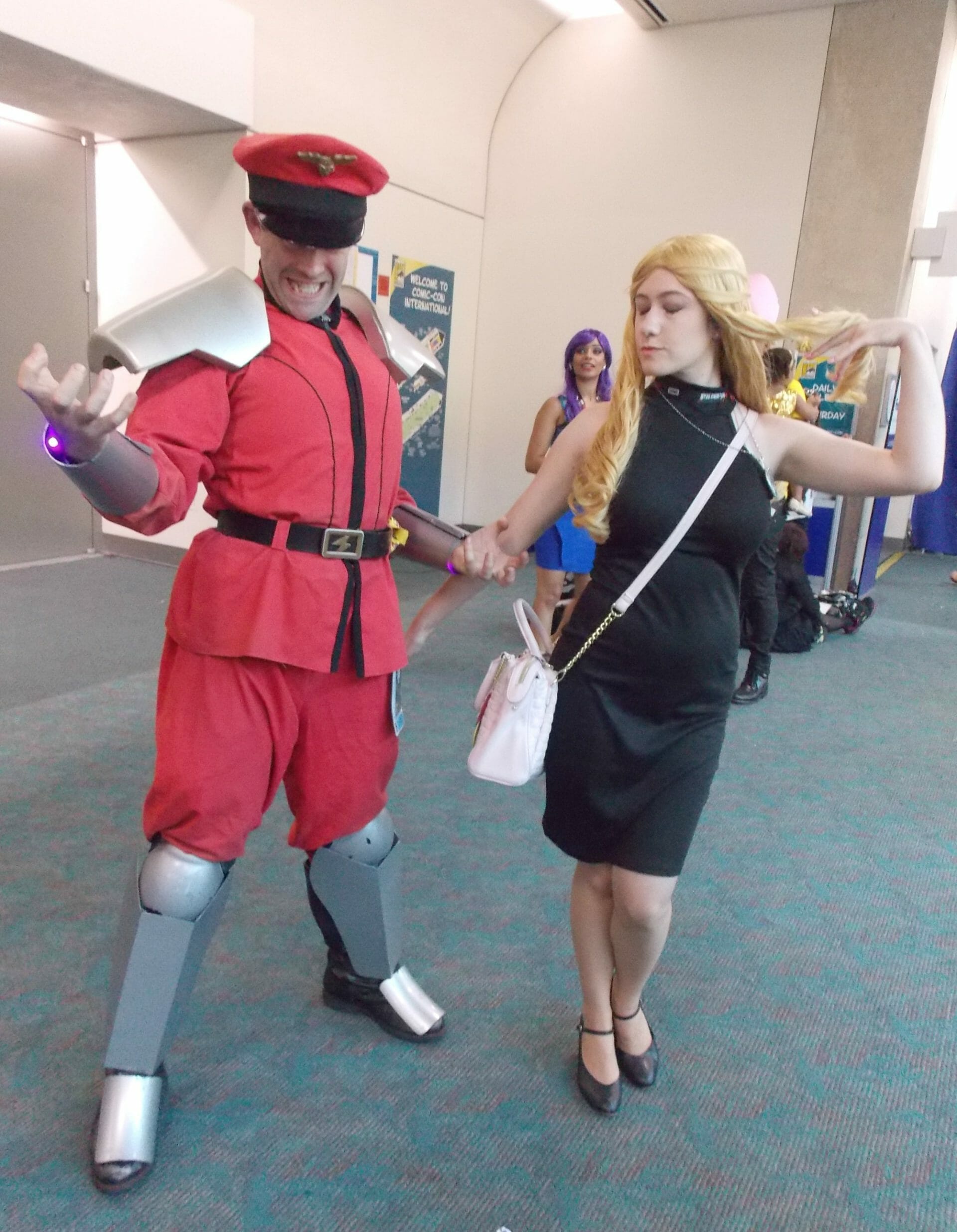 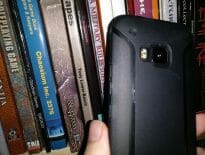