At the start of the year, Geek Native covered the story that Funko had bought Forrest-Pruzan Creative.

That small company was the brains behind hits like Disney Villainous, Harry Potter: Hogwarts Battle and Bob Ross – Art of Chill.

At the time, Funko President Andrew Perlmutter told us what Funko was going do. They were going to start making board games. He said;

The games category is another avenue to deliver pop culture to our ever-growing fan base. FPC’s nearly two decades of experience in developing high quality games will provide us added expertise as we leverage our existing IP and licensor portfolio into this category.”

Today, Funko showed that they had followed through on that plan and launched Funko Games (which I assume is a rebranded Forrest-Pruzan Creative).

The first set of games from the “Funkoverse” are six collectable strategy games based on popular geek culture. They’re Harry Potter, Rick & Morty, DC Comics and The Golden Girls.

Each game comes with a new range of 3-inch models and are expected to be in stores by October. They’ll officially launch at SDCC.

There’s no better place to introduce Funko fanatics to Funko Games than at this year’s San Diego Comic Con.

Adults and children over 10 can now create a powerful team of characters from their favorite fandoms and face off in exciting table-top gameplay.”

Something else to add to your SDCC shopping list or do you think you can resist the lure of the collectable Funko games? 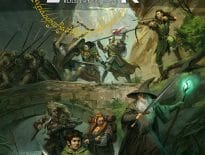 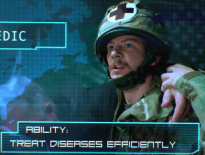