In some versions of Transformers lore, Unicron is a diety. In all of them, he is a planet-sized transforming robot that devours whole worlds and is assisted by the Decepticons.

If Hasbro get 8,000 people pledging to $575 Transformer then they’ll make the model.

As you would expect, Unicron is enormous. In robot form, he is over 27-inches, and in planet-form, with those rings, he’s 30 inches in diameter.

Hasbro says this version of the planet-eater will be the most accurate yet. Let’s hope it’s not too accurate!

Unicron first appeared in Transformers: The Movie and has appeared in other titles since then.

Unicron, created by the entity known as The One before the dawn of time, has a brother called Primus. To begin with, Unicron could travel between realms while Primus was everywhere at once. Primus saw that his stronger was corrupt, but the entity took action anyway, tricking Unicron into the astral realm where the planet-destroyer was weaker.

With Unicron subdued, the brothers returned to the physical world and became planets; Planet-X for Unicron and Cybertron for Primus. Unicron mastered the art of transforming to try and escape Primus’ hold, and Primus copied.

Then battles, a group known as The Thirteen and a betrayal by one of Primus’ allies and to Unicron being banished again.

Hasbro is looking for more than 13 for this project. At the time of writing, there are nearly 13-hundred people who’ve signed up for their very own Unicron via Hasbropulse.

Transformers fan? Are you tempted by pledging your $600? 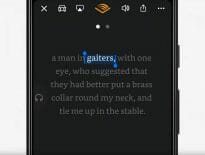 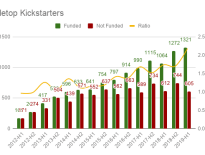 Tabletop & RPGs Tabletop Kickstarters now fund at a 2:1 ratio for …
wpDiscuzComment Author Info
Manage Cookie Consent
This site uses cookies 🍪, and links are ads that may earn bloggers some money 💰, and with this alert, I very much hope that these dark truths 🧌 are acknowledged.
Manage options Manage services Manage vendors Read more about these purposes
Preferences
{title} {title} {title}
Loading Comments...