This is Audio EXP for the 24th of July 2022, and the title of this episode is “San Diego Comic-Con and Christmas in July”.

[The following is a transcript of Audio EXP: #158]

I’ve not been able to get in touch with Long Shadows, so I’ll push on without them. It’s happened before, and we’ve coped; it’ll happen again, and we’ll cope again. Nor does it preclude us from discussing Long Shadows Press in the future.

This is a first, though, a Sunday Audio EXP. As noted last week, yesterday I was at a geeky convention.

No, sadly, I wasn’t at the massive San Diego Comic-Con that will dominate this podcast, and I was at the charity fundraiser that is Capital Sci-Fi Convention in Edinburgh.

Despite being my home city, it was my first time going, and I wasn’t expecting much, and I was pleasantly surprised. They filled one and a half large rooms and had a pretty good Game of Thrones showcase in the hallway.

The geeky merch stands were good, and I ended up buying some bags from the Polymorph Project. I liked the quality and designs, not just because a friend was at the desk.

There were also some celebs and the chance to get some easy signatures from actors who’ve been monsters and other supporting roles in some classics. They took turns being interviewed on stage, and you can tell it’s not an easy gig. It must be so tiring answering the same questions repeatedly or not giving fans the anecdotes they want to hear.

We’ll get on to SDCC in just a bit but first, let’s quickly highlight some other bits of news.

DriveThruRPG has its biggest sale of the year, and we don’t yet have Roll20 integrated into that. However, Christmas in July is still impressive.

When I looked at the top 10 best-selling titles Free League Publishing at the top two with The One Ring™ Core Rules and The One Ring™ Strider™ Mode. The latter is the solo version of the rules, and with Amazon’s The Rings of Power prequel coming, I don’t imagine fan interest will drop soon.

This week we also saw the 5e-powered Doctor Who RPG launch from Cubicle 7. Doctors and Daleks have had a good first response from people who’ve actually read it. I like the use of Plot Points as a health point system.

Also this week was the launch of Modiphius’ 2d20 World Builders program. That’s their SRD and rules for writing third-party projects for Modiphius’ in-house titles. It doesn’t apply to their franchises.

It’s tough making money from RPG writing, Modiphius say they’ll help. An example of how challenging it is to pull pennies from this hobby is all the freebies you can get. I’ll do two now and then outro, as usual, with some bundles.

The first freebie to highlight is Nations & Cannons starter rules, which are 5e powered, from Flagbearer Games. Fight off the British in this 1775-set game.

There’s also The Red Room’s quickstart for the Novueapunk Wretched Époque. That’s a setting somewhere between Lupin, the Name of the Rose and an Edgar Allan Poe story.

Weirdly, one of my favourite bits of news is Jay Mewes, aka Jay from Jay and Silent Bob, being tickled pink to spot himself and Kevin Smith as inspiration to the mockup cover of a D&D-style Taverns & Drunks supplement.

Now, speaking of which, the D&D movie – Honour Among Thieves trailer is out.

It’s divided people, as I know it would. While there was no shortage of people doubting the wisdom of hiding in a jelly to escape a Displacer beast, there was almost endless banter, some of it heated, about whether a Druid can wildshape into an Owlbear.

I saw some polls, and, happily, most people say they don’t care.

I’m happy, though. The UK release will spell Honour with a U. I’m uncertain about the movie but will give it a chance.

I’ve been worried about The Lord of the Rings’ prequel The Rings of Power based on early teasers. Now, with the SDCC trailer out, I’m a little less worried.

It looks like it won’t be deadly slow. What do you think?

You can find the link to that summary in the transcript from the link in the show notes.

Here are some initial thoughts.

The Sandman looks impressive and certainly will be on my to-watch list, but I have got a 40% fear that it won’t hold my interest.

I was not that impressed with the Shazam: Fury of the Gods trailer as it flip-flopped between not that funny and not that dramatic. However, I suspect the movie will be better. If it picks a good release date, and gets good reviews, I’ll certainly watch it.

The trailer for Black Adam looked better; a more straightforward movie to make, and hopefully not just chest-bashing from Dwayne Johnson.

Now, onto the Marvel stuff.

Even the BCC covered the crowd’s reaction to Black Panther: Wakanda Forever. I hope it’s a tribute, and I don’t think it’s just cashing on the death of Chadwick Boseman.

It’s pretty, and that’s a big superhero Marvel has added, but the trailer doesn’t actually tell us all that much.

I am Groot looks, well, like filler. Perhaps fun filler, but, well, not high on my to-watch list.

On the other hand, She-Hulk: Attorney at Law also looks fun and will be much higher up my list.

Also pulled out from the trailers that came out roughly around now, there’s Netflix’s action movie Carter, a teaser for Star Trek: Picard, and I assume Amazon has the license sewn up for that here in the UK.

Two others that caught my eye are the teaser for National Treasure: Edge of History, which faces the challenge of squeezing itself into a busy year ahead and John Wick 4.

I’m totally watching John Wick 4 while hoping there isn’t a John Wick 5. I can do both those things.

I suspect that’s as close as we’ll ever get to doing a reactions video or podcast. Now, those bundles…

There are two dozen d20 magic books in the Bundle of Holding. That’s the D&D 3 and 3.5 system, and the bundle is a great deal if you’re d20 gaming.

The Bundle of Holding also has a generous collection of a much newer system. You can deep dive into the transhuman future of Eclipse Phase with the 2e collection.

Meanwhile, on Humble, there’s the return of the Star Trek Adventures TTRPG deal. That’s become fairly regular, something like once a year, and might be a challenge to anyone who wants to start the game, misses this deal but knows another will eventually come around.

Lastly, for listeners in the US and with about a week on the clock, there’s a Geek Native competition to win a copy fo the book The Ultimate RPG Character Backstory Guide.

We seem to have survived missing the regular spot. It’s likely to happen again this year. The podcast may be delayed once for the Edinburgh Festival season, if not twice. It will likely be delayed once for Scotland Loves Anime and again for Tabletop Scotland. The latter is now an RPG and board gaming convention I’m really looking forward to after my Capital Sci-Fi con teaser.

On that note, may your gaming conventions be kind and bountiful, and see you next week. 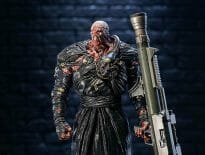 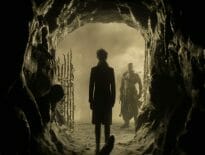