It’s another week, and so we can move onto the scout reports from another round of Irregular Reconnaissance. We take a look at a half-dozen anime shows and treat each to a mini-review, based on the episodes watched so far. Is the advice to keep watching or to move on to something else?

It can be hard to judge animes as the opening episode does not always set the mood and the tone for what follows. In this issue of Irregular Reconnaissance, we hit on this exact issue and struggle whether to write-off shows that simply didn’t work in the opening episodes or whether to give them a little longer.

How many episodes do you generally give an anime before deciding to walk away and use your time on something else?

Tough question, and perhaps there are no one-size-fits-all answers.

Animes come up with some outlandish ideas and, sometimes, make them work amazingly well. We’re still in the discovery period for Dr. STONE but it’s looking good.

Something, a green flash, turned all of humanity to stone. Many thousands of years later the first few people break out from their stone skins, and they’re alive and sane. Well, mostly sane.

The first two out, one brainy – the Dr Stone character – and the other with the brawn have to think carefully about who else they release. One wrong choice could cost them dearly.

The show is part science lesson at times, a fun way to track the progress the survivors make back from the stone age to a more sophisticated civilization but three episodes in and I’m sure they’re in for a rocky ride.

Status: So far, so good.
Where: Crunchyroll

The danger is that any summary of Assassination Classroom does not do it justice. I can tell you that I binge-watched all 47 episodes.

It’s a weird premise. A super being destroys the moon and is totally unstoppable. He promises not to destroy the world in exchange for one thing – he gets to teach a class of kids. As the Earth is at stake, he is granted that wish and so a group of misfits, with the superbeing’s blessing, are promised an enormous bounty by the government if they can kill the creature. He helps by training them as assassins.

What follows a charming blend of emotional development and action. Chalk this one down in the ‘I need to see it to believe it’ category.

The general rule is any new anime gets three episodes to either prove or disprove their worth. I’m not sure I have got the stamina to do that for Rio Rainbow Gate, it was a struggle to get through the first one.

Rio Rollins is some sort of perfect woman, a dealer working in a posh hotel but apparently with tons more cash than you would expect. She’s sexy and kind and oddly dull. The first episode’s gambit to make this interesting was to introduce an annoying little girl character.

I think there’s supposed to be comedy and ecchi here, but I don’t get the humour and fan service is done without any style or panache.

A good concept that struggles to even think about living up to its promise.

The idea is there is a website called “Jigoku Tsushin”, only available at midnight and if you submit a legitimate and aggrieved complaint about someone you hate there, then Hell Girl will appear to drag your target into Hell. So it could have been like Death Note, but with a website, anyone could access.

But it’s not. I made it through two episodes before the painfully slow progress and unimaginative situations put me to sleep. Technically, to be fair to the show, I should watch one more episode before sealing its fate forever, but I’m not sure if it is worth the time.

I’m not sure what’s going on with this show. It’s American and therefore only needs to be dubbed, and I can only find one episode. It was created by LeSean Thomas who’s been an artist on Spider-man, Avengers Assemble, Guardians of the Galaxy, Axe Cop and a host of shows. There’s no mention of Children of Ether on his website.

I can only guess the first episode was a pilot. I liked it, but it seems not enough people did for the show to continue any further.

Status: Good but cancelled after only one episode and therefore hard to recommend.
Where: Crunchyroll

The opening of the show starts off so strongly. A guy wakes up in a warehouse and seems to have been kidnapped by an obsessive woman. It also seems like he’s the survivor of a vampire attack.

The characters are interesting, quirky, and you root for every one of them. The scenes are surreal and visually stunning.

I’ve abandoned the show, though, and for two reasons. Firstly, Nisemonogatari turns out to be the sequel for a show called Bakemonogatari – and I can’t find any legal streams of that – and secondly, it spends most episodes in surreal circles. It’s a slow mover.

Status: On hiatus until Bakemonogatari is available in the UK.
Where: Crunchyroll | Amazon
Note: Hulu has Bakemonogatari (but I’m not subscribing for just one show)

So closes this Irregular Reconnaissance article. There’s been a mix of shows in today’s write-up, some hits, some misses. Do you have any recommendations of your own? 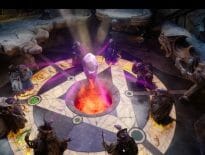