Last Friday was the launch of Routinely Itemised: RPGs, a summary of RPG news from Geek Native and around the web.

Here we are with another Friday and another Routinely Itemised write-up. Gosh, it’s almost as if this is a valiant attempt to be routine.

It’s been a busy week of RPG news. Origins happened, and now Twitter profiles are updating to mention Gen Con. The Big One. There will be a load of tabletop premieres at the convention including, but not limited to, Cyberpunk Red Starter Kit and the core rules for Shadowrun 6e.

We’re also approaching the end of the month and therefore a new first at Geek Native. Sure, we’d had ends of months before but this will be the first end of the month for the Patreon campaign and therefore the last chance for backers to vote for either Seafoot Games, Rite Publishing, Rocket Pig Games, Brass Badger Workshop or Genlsys Games. The winner of the public vote (such that it is) will be the first publisher to feature in the new spotlight column.

In the meantime, on with the news! If there’s anything you think we should have covered, please let us know in the comments below.

As usual, you can tour through Geek Native’s write-ups of hand-picked crowdfunding campaigns in the Kickstarter Watch column.

What are your news highlights from the RPGscape this week? 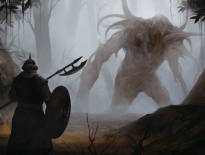 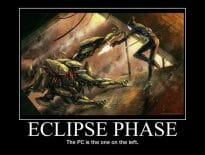