The Cyberpunk Red Jumpstart Kit will debut at Gen Con 2019, and it will be limited to two boxes per customer.

If you want to rush straight there, as Mike Pondsmith’s R Talsorian Games will presumably only have limited numbers, then make your way straight to booth 1852.

The physical Cyberpunk Red Jumpstart Kit will be available from R Talsorian Games’ webstore and retailers after Gen Con. Geek Native is told that will happen “as soon as possible” after the event but there’s no fixed date.

The Jumpstart Kit is not the full core rulebook. That’s coming later, and there is no release date confirmed. This is enough to get you started.

Those two booklets will be perfect bound, not stapled, and are full colour with new art. The dice are cyberpunk-themed and made by Q-Workshop.

The back of the box

The contents list is from the back of the Jumpstart Kit box. Here’s the rest of the text;

The 4th Corporate War’s over and the big dogs have retreated to their corners to lick their wounds. That leaves everyone else to fend for themselves in a shattered world.

And that’s just fine. ’cause you’ve got interface plugs in your wrists, metal in your limbs, and chips in your skull. You’re wired in, loaded with chrome, and ready to take it to the Edge.

There’s a world full of opportunities out there. Maybe this time you can do more than save yourself. Maybe.

Cyberpunk Red is a new edition of the original tabletop RPG from Mike Pondsmith and published by R Talsorian Games. It’ll use an updated version of the Interlock game system.

The exact date of when Cyberpunk Red takes place has not yet been revealed but we know it takes place between the end of 4th Corporate War in 2022 and up to 2077. The Jumpstart Kit might reveal when precisely the new tabletop roleplaying game begins.

Are you part of the new cyberpunk revolution? Any plans to try and get a copy of the Jumpstart Kit at Gen Con?

When will this hit European stockists?

I think that question was asked on Twitter too and the response was along the lines of; after Gen Con and a little after America.

I’m going to Gen Con this year! I may have to purchase this.

Nice review of game- keep it up 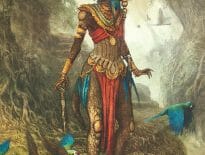 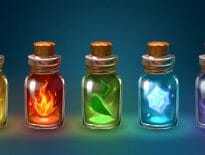