Writing on Green Ronin’s blog, Threefold developer Malcolm Sheppard talks about the three elements that the RPG binds together. There are elements of modern fantasy, contemporary horror and then near future, Singularity-sensitive SF. This is an RPG in which Gates connect many different planes for the player characters to explore.

This isn’t a multiverse. This is a Metacosm. While each plane in the Metacosm is unique, Sheppard says they fit into one of three different categories. These are;

These Earths consist of a primeline which connects via Gates to Otherworlds and Alts. These Alts are branched-off alternative-histories (worldlines) which rarely have Gates of their own and so need some sort of special technology to access. On Earths, magic tends to function poorly, but you can trust science to be potent.

Many Earths are looked after by creatures called Machinors.

These are worlds of magic that shimmer with kanna and science is less reliable here. It’s the creatures of the Otherworlds that are often responsible for the myths and legends on the Earths… but they are rarely a true reflection of what’s actually happening.

Alastor demons are the rulers here, influencing their realm with the strength of their personality. If the Otherworlds might be mistaken for myths and legends, then the Netherworlds are the hells of infernos. In these realms there are few laws, even the law of nature bends to the whims of the rulers.

Heterarchies are the exception that proves the rules, these planes are different from everything else.

The timeline for Threehold puts at the end of the Third Age. This age began at the end of the Fellwar, an ancient fight for control of Metacosm souls. In this war, humans in all their strange forms defied the gods and demons to bring peace. That peace produced three great powers.

The Vitane came from the refugees of the Fellwar and follow a doctrine called the Code of Wisdom. They focus on learning, democracy and the rights of all people.

In worlds on which planar travel isn’t common – such as our Earth – you can still find The Vitane, but they are hiding, keeping a low profile. They have no military as such but do have an armed exploratory group known as the Sodality. The Sodality has warriors known as Protectors.

After the Fellwar, after the Hierarchs, the old god-rules of the Otherworlds, were cast off the Metacosm still had the Optimate demigods. These are the children of the gods.

These demigods still felt as if they commanded respect and certain entitlements, and in dozens of planes, they still rule the mortals. The greatest of the Optimates, the First (and only) Empress of the Divine Empire, Dyraza was slain by an Alastor called Avakim and never replaced. Despite the death of the Empress, the Optimates are still strong.

One host of warriors from the Netherworlds rebelled during the Fellwar. They became raiders and warlords. This group respects strength above all else and relish testing it in a fair (fair-ish) fight. Many planes seem them as trouble, but when they sweep into Netherworlds and free the tortured inhabitants there, they are seen as great liberators.

Are you a Modern AGE tabletop gamer? What are you using for a campaign setting until Threefold comes out? 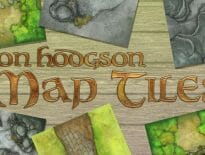 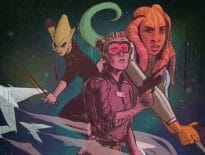