The Shadowrun, Six World Beginner Box Set is due out July 10th, but Catalyst Game Labs are teasing it may turn up sooner at FLGS, and are beginning to increase the amount of content available for this new edition of the fantasy-cyberpunk game.

Part of the freebie offerings is this character dossier for Emu. Who’s Emu? A human rigger and you can grab her details over at the Catalyst store.

Emu’s from Australia and an expert with drones. With those flying devices, Emu is a master of recon, assault and getaway. The dossier includes her stats, a description of what they can do and text explaining how they work in the game.

Play this character if you like burned rubber and scorched engine oil, commanding a metal-and-plastic army with your brain, or rushing in and charging out of any sticky situation.

When is Shadowrun 6e due out?

The core rulebook for Shadowrun 6e will debut August 1st at Gen Con. However, there’s going to be a timetable of content releases before then. Let’s take a look.

If you’re going to Gen Con how urgently will you be visiting the Catalyst Game Labs’ booth? There’s no shortage of releases and only limited supplies of each of those books. 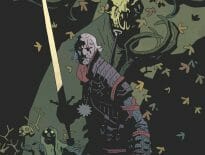 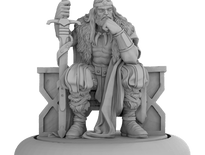