There’s $389 worth of monsters, beasts and horrors for your 5th edition D&D game in this Humble Bundle.

Humble Bundles are collections of games or other geeky goodies with flexible prices and for which a portion of the proceeds go to charity. In the case of this beast of a bundle that charity is RAINN an American organisation that defends against Rape, Abuse & Incest.

There are three different tiers and many various publishers involved in this bundle. All of the supplements are suitable for Dungeons & Dragons 5e.

Tier one costs $1 and accesses the following titles;

Some readers may wonder at Frog God Games’ inclusion in a RAINN charity project given concerns and allegations made against their founder. However, this is what they promised to do in a statement made in conjunction with BJ Hensley. It is good they are doing what they said they would.

The second collection of books in the bundle is yours if you pay $8. These 5e supplements include;

The final tier needed to unlock all the games in the bundle requires a payment of $15. The supplements inside are;

You can grab the Humble Bundle here.

Is there enough here to tempt you? Are you satisfied with the publisher list and contributions made? 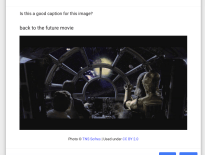 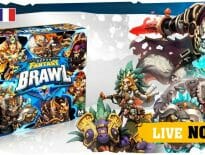 Tabletop & RPGs Gladiators collected from throughout time: Super F…
wpDiscuzComment Author Info
Manage Cookie Consent
This site uses cookies 🍪, and links are ads that may earn bloggers some money 💰, and with this alert, I very much hope that these dark truths 🧌 are acknowledged.
Manage options Manage services Manage vendors Read more about these purposes
Preferences
{title} {title} {title}
Loading Comments...