You are here: Home / Games / Tabletop & RPGs / Genre Police: Choose Your Own Adventure(s)

Last time we talked about new game systems and how to get players to try them. But how do you even begin to work out what you want to play?

Well, in total abandonment of my usual article format, please allow me to provide you with a sort of superlist of the most interesting stuff in each genre and some advice about making those choices if you are thinking of making a leap into other games. This is intended as a flyby of stuff you might like to try.

I still want to play fantasy, but D&D is lacking [X]

I don’t care about space, I more interested in the horrors that lurk in our soul

What about other forms of horror?

I really want to play a post-apocalyptic game

I don’t want my world to be in ruins yet! I’m looking for a cyberpunk game

Anything else you missed?

Yes, so many. Play Legend Of Five Rings because it’s an amazing game of samurai politics, war and darkness. Play Feng Shui 2 because it’s high Hong Kong action with massive explosions and cyber gorillas. Play Werewolf: The Apocalypse for its spirituality and body horror combo. Play Airship Pirates because you love rum, victoriana and time travel. Play 7th Sea because being a pirate is about swashbuckling, not deep stats. Play Paranoia because the computer told you to. Get out there and play. There’s so much to see.

Until next time, I hope you find something on the list to try and enjoy. Next time, a return to our scheduled programming when I talk about my favourite element of any RPG game – the bad guys.

I’m using the cypher system to play shadowrun and it’s been working great for me. Maybe the next article will be about taking one systems mechanics and using them in another’s campaign world. Also no cypher games mentioned poor MC…

Hi Mark, I’ll pass the suggestion on — but I’m working from a healthy backlog of pre-written articles, so if Ben and the police pick up the idea, it’ll be a wee while before you see it. It’s a good one, though!

Hello! Been thinking about this. I tend not to use one systems mechanics in another game, because of the square peg/round hole situation. But your picking of Cypher system shows an interesting hole in that argument and this article in that I haven’t really looked at generic systems as a thing when I talk about this stuff. So I might take a couple of articles to look at it some point in the future. A sort of ‘Un-genre police’. XD

Genre Police: Choose Your Own Adventure(s) 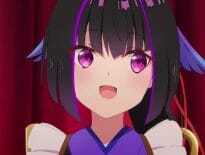 Anime Prima Doll’s latest trailer could be for a w… 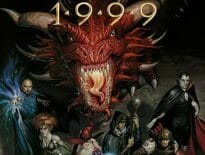 Tabletop & RPGs Wizards of the Coast re-release the popular TSR Ja…
wpDiscuzComment Author Info
Manage Cookie Consent
This site uses cookies 🍪, and links are ads that may earn bloggers some money 💰, and with this alert, I very much hope that these dark truths 🧌 are acknowledged.
Manage options Manage services Manage vendors Read more about these purposes
Preferences
{title} {title} {title}
Loading Comments...