They’re a valuable resource, and there’s a lot written about them by a lot of other people, so I’ve never really approached it before out of fear of repeating what others have looked into. But recently, I saw a post in a writers group that spurred me to action.

The post suggested that the best type of villains in fiction were always ones you could totally understand the motivations of. That a truly well-constructed villain was one you could sympathise with and felt human and relatable. While you couldn’t condone their actions, they had some higher vision or mission that they felt was the right path. In their head, they were the good guy.

My mind instantly went to the Xenomorph from Alien. Unknowable, bluntly killing everything it came across, impossible to negotiate with, motivated by hunger and procreation. It has no face, just a mouth. It is arguably one of the most affecting villains in cinema history.

Some villains are great because they are just out for one thing – but that thing doesn’t leave room for us to continue breathing.

The comparison of those two standpoints started me thinking about how there are lots of different types of villains in RPGs. And how those psychologies might present differently at the table. And I realised there’s some value in inspecting how we sort out the bad guys in our games and how we present them.

Because, let’s face it, you became a GM because you love the bad guys.

Let’s Start With A Disclaimer

Let’s be clear. I’m about to take a long time to talk about how to make your villains ‘pop’ and be interesting and memorable.

I’m likely to spend a few articles dissecting villainy. But you need to know before we begin that a villainous NPC, however much I tell you to chew the scenery, is never the main character. They might have amazing speeches or moments. They might gain victories over the PCs. But you have to reckon with the fact they are eventually going to lose and probably die.

No matter how much you love a villain, if the heroes get one up on them, you need to let the consequences fall for the bad guys. Don’t get too attached.

Bring On The Bad Guys

So it’s a personal theory of mine that when it comes to villainy, variety is important. Both in scale and motivation.

Players often complain about ‘yet another world-threatening villain’ because it’s just the same archetype. Even if the plot is different, a villain who wishes to conquer or destroy the world is a very specific type of psychology. What about the one who just wants to get rich? Or specifically hates the PCs? What about one who just likes causing pain and has very short term goals? What if they were all in one campaign together?

There differences would play off each other, their schemes would all feel very different and they would each be memorable. Take these three recurring villains and think about how they’d look in play.

Vhalanthru: Ancient and evil beholder spymaster, so deep in conspiracies and plans that the players have killed him and still don’t know if they are safe or understand his schemes. His reach was continents wide and his name showed up in lots of places. To begin with, he seemed unconcerned with the characters. They had to gain traction for him to even be aware of them.

Drayman: Leader of Cult/Criminal organisation. Is manipulating some of the characters but largely for his own sadistic amusement. Is personally invested in seeing at least one of the characters serve him and is often violent, mad and desperate. Not scared to die as he believes he will have a seat at Demogorgon’s court when he does.

Edward North: Pirate captain and opportunistic scoundrel. Concerned with wealth and survival but not above hurting those he thinks have wronged him. Knows he is morally compromised. Charismatic enough to recruit others to his cause.

We can see from these examples that they present very different challenges to the characters. Vhalanthru is going to be hard to find and outwit, has a scheme that maybe is a huge part of the game, his name comes up everywhere amongst those in the know but he’s in the background a lot and only eventually surfaces.

Drayman might be more apparent and sporadic but any move he makes towards any PC is likely to be personal and really hurt. Stopping him is likely to be a very personal journey for some and make them question who they are and the nature of vengeance.

North is more chaotic, probably featuring more but hurting people through indifference rather than intent. He’s likely to be present at the scene of most of his schemes and therefore more easy to put down. But he’s less likely to be cornered by the other two as he will cut tail and run if it looks like he won’t escape unless they can get him to over-invest. The variety in solutions and threats makes a each of them memorable to a table.

In RPGs, it’s important to note that villains don’t just exist in a vacuum. And how they react/interact with the players is a core trait. They do this in two ways.

Firstly they react on a tactical level. Perhaps that reaction is to ignore the heroes messing up their scheme and forging forward, or actively send assassins after the PCs, confront them directly or simply frame them. But you need to be thinking about what they do when it happens, because this drives the plot forward and tells the players what type of enemy they are dealing with.

It is also important to think about the second type of reaction they will have to the players, the personal one that happens when they are face to face.

Perhaps a villain is likely to chew the scenery and give a big speech if they have the players at their mercy over a cliff. Perhaps instead they waste no time in kicking them off and wave as they vanish. Do they view the heroes as their nemeses, or just a thing in the way of the job they are doing? A frustrating annoyance? Food? A potential companion?

The trick to creating an interesting villain is more than just an well constructed character but one who is both relevant and connected to the heroes in an engaging way.

You can’t do that without first thinking about the good guys. It’s why Magneto is so interesting as a villain. He and Wolverine hated each other, but he was friends with Charles once. He may have been Polaris’s father. He persuaded Colossus to side with him. The relationships were interesting.

So What About That Xenomorph?

How is just wanting to eat you interesting? Haven’t I just talked myself into a place where the Xenomorph is in fact, not interesting?

Well, if the creature exists in a campaign with other villains who have other relationships with the PCs, then a creature/threat who really just has no agenda beyond eating and is an unstoppable killing machine is a refreshing relationship. You don’t have to work out its politics. It just wants to kill you, and it’s likely to succeed.

Now, compared to everything else, it seems like a force of nature because it is straightforward by comparison. So remember that variety because when your players are starting to look fed up with deconstructing each and every villain’s motivations, you can break out the monster that just wants to eat people, and they’ll be cheering.

Next time we are going to look at a number of different villain types and how they would come to affect and game and interact with it so you can steal them for your games. Until then, keep it evil.

Creative Commons credit: Xenomorph by cyberaeon, AMOR and cigarette by witrix5, and Underground Evil by AlvaroSanJuan.

It is also tricky to know which villains the player will be excited about stopping. Yes, generally they are heroes and will oppose the baddies but not all villains will generate that “I am going to get that creep next time” energy that you really want.

I tend to agree with you. You have to be prepared for a villain to totally fall flat and move on to something else. But it’s also about recognising which ones do trigger that response and why. 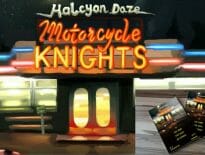