This is Audio EXP for the 1st of January 2022, and the title of this episode is “Without Kickstarter”

[The following is a transcript of Audio EXP: #129]

Unless you believe in podcasting from beyond the grave, this New Years Day recording should be evidence enough that I survived my glance with COVID.

Despite taking many safety measures, I didn’t take enough and caught a mild case. I barely noticed, and if I hadn’t been testing myself, I might well have become a spreader.

Now, it’s a new month, a new year and a fresh start. That means a new RPG Publisher Spotlight poll. In the end, I did have to write up Forgotten Adventures without input from the publisher in question. That might still come.

However, I found 45,000 free virtual tabletop map assets from Forgotten Adventures for you to use in your own games. The link to that can be found in the show notes, as with everything else.

Patreons also have a new set of creators to pick from. This month the shortlist is entirely DMsGuild authors, as I’ve been given a way to get in touch with the winner.

I also have a discount coupon for you. It’s valid at the DMsGuild, for digital content only and offers 10% off purchases over $10. You have until the 8th of January to use it. The code is all one word and is “GEEKNEWYEAR10”.

Gallant Knight Games who publish TinyD6 and Zorro have announced GallantFunding as an alternative to the crowdfunding platform.

I was able to speak to Alan Bahr, Gallant Knight’s boss, about it.

Is it just a pre-order? Well, Alan argues, that’s how Kickstarter tends to be used despite the platform asking people not to. Recent Gallant Knight Projects have all been finished before the campaign launched, and the platform was just used for marketing the game.

I asked if he was worried about losing that marketing aspect, and yes, he is. But, it does look like Kickstarter is serious about cryptos. That’ll worry many people, so if Gallant Knight can pioneer something new, even if that’s just a more sophisticated retail experience, the timing may be perfect.

A company that’s pushed on despite a Kickstarter fail is one called Allied Games. It’ll be for their virtual tabletop called Adventure Roll if you’ve heard of them.

It looks like a computer game, and it’s a first or third person experience rather than the top-down approach used by so many others.

It’s impressive, but even if the trailer isn’t making promises the early access version can’t yet keep, it doesn’t mean it’ll be successful. Is it what gamers want?

If they do, do they want it enough to leave their current virtual tabletop behind? It’s a hugely competitive market.

I didn’t even notice Adventure Roll when it first hit Kickstarter; that’s how busy the market is.

We also had the Miniature Market story this week. That’s a games retailer, a big one, based in the States. It turns out that Asmodee bought it some time ago.

We know now because the purchase was spotted in an Asmodee presentation that followed the games giant’s planned acquisition by an even larger group.

It’s all about horizontal and vertical expansion for Asmodee. Still, perhaps interesting, they didn’t bang the drum too loudly that they now own a direct competitor to some of their retail clients.

Another bit of retail news is the forthcoming Kat Kruger book “How to Be More D&D – Face Your Dragons, Be More Adventurous, and Live Your Best Geeky Life“.

It’s a book that offers life tips, and it might help you apply DM skills to real-life situations or the wisdom of Fighters, Bards and Rangers. It sounds fun, but not my sort of thing.

I noticed a few people on Twitter identifying themselves as OSR gamers, you know, embracing that gaming style sufficiently enthusiastically to offer unsolicited opinions on gaming news. These people even describe themselves to the world as roleplayers who un-ironically thought it was wrong to use D&D as a lens for lifestyle decisions.

An old game that got my attention in a much better way is Champions of Krynn, the fansite Dragonlance Nexus has taken the old 1990s computer game and written it up, at least in part, as a free to download 5e tabletop game. One to check out.

A very different experience, and one likely needing Google Translate at hand, is the free Emo-klore game. It’s from Japan, and the name means “emotional folklore”. Characters in the game, which has horror overtones, investigate supernatural creatures that damage you emotionally.

The rule system that was one a version of RuneQuest, and is now Mythras, will do superheroes in 2022.

The Design Mechanism has a free preview of that up on DriveThruRPG called Destined. You won’t need Mythras to play it; it’ll be a standalone game.

I thought it was time to give back to the community with all those freebies so generously handed out, and I could do with your help here.

I’ve put together a table of RPG publishers, actual play streams, creators who have their own merch stores for t-shirts and other goodies. In some cases, I’ll be able to earn some pennies through affiliate code, but not always. It’s the publishers themselves who’ll always benefit if people buy their merch, though, and if you’re shopping for birthday gifts and that sort of thing in 2022, I hope it’s a handy resource.

How could I use your help? Do you know any other publisher or industry creator with a merch site? Let me know.

In bundle news, there’s good news, as there’s a revised offer on the popular Stars Without Number sci-fi RPG.

Lastly, also sci-fi, and for readers in the UK: I’m giving away a Gears of War Scarf. It’s a rare limited-edition you can’t buy anymore.

And on that note, let’s wrap there, keep your neck warm, and see you next week. 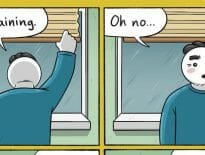 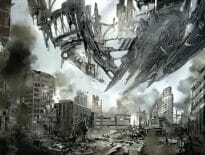