You are here: Home / Geek Stuff / Former D&D consultant Zak S is being sued for sexual assault and defamation

In 2019, Wizards of the Coast purged the name Zak S from D&D. The artist and designer had consulted on the Fifth edition.

Wizards took action, as did many other publishers after abuse claims were made against him.

Zak S’ response was to sue back. He used his wife, Mandy Morbid, the woman who made the allegation, and even the organiser of Gen Con after they named him in a ban. Earlier this year, a court appeared to dismiss the Gen Con suit.

Now, Mandy Morbid who’s real name is Amanda Nagy, is countersuing and has set up a Go Fund Me to help with legal fees.

On the Go Fund Me page, Mandy writes;

The campaign, created only yesterday, has received over $8,000 in donations.

One anonymous supporter has given $500 to the fund. There have only been 160 or so donations, so each one has been generous. While many are also anonymous, there are names from the RPG community listed. 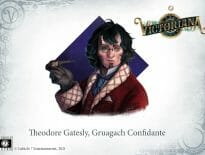 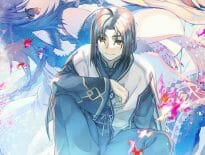