You are here: Home / Geek Stuff / Sites / When is the last date for Christmas delivery? Find out with this free tool

Here in the UK, there are mixed messages about whether the logistics crisis will hit Christmas. Today, ASOS admitted delays but previously retailers had said they have enough drivers. The main concern is electronics, where there’s a chip shortage on top of the Brexit-logistics whammy.

Parcel Hero, a site that helps send parcels, thinks retailers have been too bold with their “its okay predictions”. They’ve also made this handy and free online tool to find out when the last Christmas delivery date is for some popular retailers.

Retailers have mostly stuck to the final deadline dates for online Christmas orders that they quoted last year and, in fact, some have stretched their last order dates even closer to the big day. This is a move that we think is misguided and could backfire.

We’re advising online shoppers not to rely on stores’ last order dates. Keep consulting our final deadline tool to see if stores have woken up, smelled the eggnog and decided to introduce more realistic deadlines.

The logistics company even suggest order from places like Dell must be done by early December for any electronics to arrive on time.

Amazon, as you might expect, are in a better position. Jinks explains why;

Christmas Eve same-day deliveries look highly ambitious this year. Only Amazon has control over its service because it owns Amazon Logistics, which now delivers around 15% of all UK parcels. Several stores told us that their final order deadline date of 24 December will only be for specific postcodes this year. For ASOS, Net-a-Porter and Zara that’s a significant and sensible change from last year’s UK-wide Christmas Eve final order date.

Even Amazon, though, might sell out. The following electronic toys are in the “at danger of selling out” list.

(at the time of writing)

Amazon and the shops that sell on the Amazon marketplace may restock and hopefully will. Unfortunately, at the time of writing, these popular toys carry warnings of very low stock levels. It’s not December yet, plenty of time to get those orders in and the situation may get better too.

When is the last date for Christmas delivery? Find out with this free tool 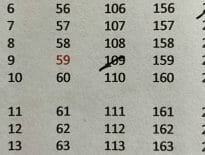 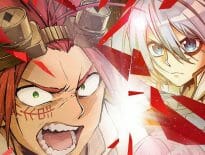