A year ago, MGM and Wyvern Gaming announced a D&D 5e-powered Stargate RPG.

The game has been open for beta playtesting for nearly as long, will introduce a new and official alien race and like many 2020 projects has been delayed. Now the project is coming to Kickstarter and the date is in the diary.

The project alert page is up on Kickstarter so that you can get a heads up when the campaign launches.

The campaign will launch soon; on October 6th. If successful, then Wyvern is planning to launch the game at Wonder Con 2021, which is in April.

In the Stargate roleplaying game, characters are part of the Stargate Phoenix site. That’s part of Stargate Command that was referenced in the SG-1 TV series. After the Alpha site became compromised, the US President and the SGC set up a new, secret and off-world base.

With Stargate Phoenix as a base, characters will be busy completing missions to oppose the Goa’uld System Lords, meet new allies and acquire new technology for Earth.

Stargate: Phoenix – A Living RPG Series has also been announced, a living campaign with Episodes to play through and explore the new canon.

The D&D 5e powered Stargate RPG gets a Kickstarter date 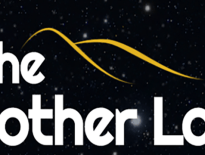 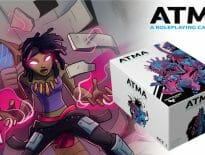 Tabletop & RPGs Atma: A roleplaying game is an RPG with cards and …
wpDiscuzComment Author Info