Geek Native reported on Wyvern Gaming’s forthcoming D&D powered Stargate RPG back in June, and we’ve not heard much about it until now.

Wyvern Gaming has confirmed they’ve finished the first draft of the rules and are now looking for feedback. This means they’re opening up a private playtest.

Open and private? That simply means anyone can apply and, if you do get to take part, you’re expected to keep things relatively secret. I’m using “relatively” there as the ideal situation would be a group of experienced players, who take part and then provide Wyvern Gaming with some clearly articulate observations.

Tempted? To sign up go to the Private Playtest Group on Wyvern’s forms and press that Join Group button.

Publishers Wyvern Gaming is also looking for experienced writers to put together missions for the Stargate RPG.

It’s not clear why Wyvern is soliciting writers at all. Core rules often have a sample adventure at the end of the book, but surely those skills would be inhouse at the publisher and necessary to persuade Metro-Goldwyn-Mayer to trust them with the license. It’s speculation but does a call for external writers (with an S) hint at plans for a considerable library of pre-written missions?

If you’re interested in signing up to write for Stargate, the RPG then email [email protected]. 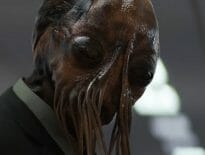