The much-delayed Cortex Prime is out and making a splash. It’s powering the Dragon Prince RPG, Masters of the Universe and now the Twitch backed Into the Mother Lands.

Into the Mother Lands is a sci-fi RPG and Twitch actual play series. B. Dave Walters is the lead developer, Tanya DePass is creative director, Sharang Biswas, Gabe Hicks, Jasmine Bhullar, LaTia Jacquise are all developers on the project too. Vanessa B and Will Wiggins are on art, with Leoni producing.

The actual play will have Eugenio Vargas, from The Last Refuse a D&D stream, as GM, Krystina Arielle, DeejayKnight, Tanya DePass and Michael Sinclair II as crew. The development team and stream are rich with POC talent.

In the game, characters are on an alien world that has become home with cultures to understand and enemies to defeat.

The Twitch show runs on Sunday at 4pm Pacific time starting on October 4th over at twitch.tv/cypheroftyr. 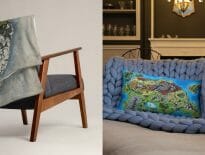 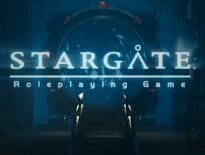 Tabletop & RPGs The D&D 5e powered Stargate RPG gets a Kickst…
wpDiscuzComment Author Info
Manage Cookie Consent
This site uses cookies 🍪, and links are ads that may earn bloggers some money 💰, and with this alert, I very much hope that these dark truths 🧌 are acknowledged.
Manage options Manage services Manage vendors Read more about these purposes
Preferences
{title} {title} {title}
Loading Comments...