You are here: Home / Games / Tabletop & RPGs / The Stargate tabletop RPG has been delayed

The 5e powered Stargate RPG opened for beta testing in March. Now it has been delayed.

Wyvern Gaming, the company behind the project, told Gateworld that the delay was due to the impact of the pandemic;

The main reason we decided to delay was that we felt that a lot of people are feeling a financial crunch at the moment and would only spending money on necessities for their families,”

Also because we had planned to launch at Gen Con 2020, but believe it is likely to be canceled or at the very least greatly diminished in attendance. We felt it would be prudent to delay the physical launch.”

As a result, the planned Kickstarter for the game will move back to the winter of 2020. The game is now expected to be released in 2021.

Previously, Brad Ellis the CEO of Wyvern Gaming spoke to Geek Native to introduce the RPGs new alien trace the Aturen and why the team chose D&D’s 5th edition rule set for the game. At that time, the Kickstarter for the RPG was planned for February.

The Stargate tabletop RPG has been delayed 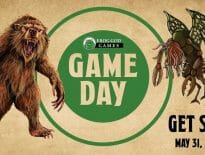 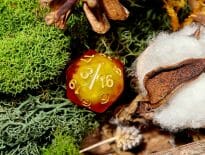