MGM has given Wyvern Gaming a license to produce a 5e Stargate roleplaying game.

This isn’t the first Stargate RPG we’ve had. In 2003 Alderac Entertainment Group published d20 powered Stargate SG-1 that was based on Spycraft. This edition published season guides, to tag along with the show, but managed only two of these before MGM pulled the license.

The new Stargate RPG will demo at this Gen Con in August, and the full launch is expected to happen in 2020. MGM’s brand management agency, Brandgenuity is hands-on with the process.

There’s a passionate fanbase for Stargate SG-1 who are eager to immerse themselves in experiences that extend the brand well beyond the TV screen. Collaborating with Wyvern Gaming on the Stargate Roleplaying Game enables us to give those who continue to watch and re-watch episodes of the hit TV show the opportunity to enjoy the series and its memorable characters in a whole new way.”

There will be several playable races eligible to join Stargate Command and take on the fight against the Goa’uld System Lords. Missions come from the SGC and characters will have to explore or secure places of interest, escort VIPs, or secure impressive tech and relics.

A Living Campaign is also planned for the game. Players will be able to use Stargate The RPG.com to track their character’s progress through the ranks of the SGC, earn extra items and become well known within the community.

Wyvern has been in business since 2015 and produces board and card games including two Lovecraft games, The Horror in Dunwich and Cthulhu: A Deck Building Game.

Yes ! This is really exciting . One of.my favorite shows , movie wasn’t bad either !. So much you can do story wise !!!

Did you take to Stargate Universe?

Oh yeah, I get that! It was such a long running show they strayed very far from the movies and/or developed it depending on your point of view.

SO Exciting!
Looking forward to using all of the “Hello, I’m Dr. Daniel Jackson and behind me is a Stargate…” Youtube videos to get the players up to speed in a session 0. Squee!

This is the greatest news I have gotten in forever! as I am in my 10th rewatching of the entire Stargate franchise, I cannot wait for this!

Where do i buy it?

Nowhere yet as the game is yet to be released. In fact, there’s been no further news since this announcement. If I had to guess, I’d predict DrivethruRPG would be a safe bet where you’ll be able to get it provided there haven’t been hiccups. 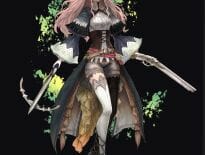 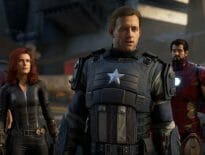 Console Vote on the new look Avengers: Marvel’s Aven…
wpDiscuzComment Author Info
Manage Cookie Consent
This site uses cookies 🍪, and links are ads that may earn bloggers some money 💰, and with this alert, I very much hope that these dark truths 🧌 are acknowledged.
Manage options Manage services Manage vendors Read more about these purposes
Preferences
{title} {title} {title}
Loading Comments...