You are here: Home / Games / Tabletop & RPGs / Why pick D&D for the Stargate RPG? An interview with Wyvern Gaming

Geek Native was lucky enough to speak to Brad Ellis about the game. Ellis is the CEO of Wyvern Gaming, directly involved with project management as well as the usual financial life-or-death decisions around sales.

We wanted to know when the game was coming out, why D&D was picked as the rule engine and where in the Stargate mythology the RPG is set. Stargate Phoenix (SGP), anyone?

Can you tell us a bit about Wyvern Gaming and how you came to win the license to turn Stargate into an RPG?

Sure, we had been dabbling with the idea to create an RPG for quite a while, but it wasn’t until our lead designer Philip Loyer proposed Stargate as the setting that we got really excited. If you think about the Stargate setting and how passing from one diverse world to another is setup it is perfect for an RPG, the idea that once on the other side of that gate you can have almost anything. If you want your players to be in a high fantasy setting one week, then a science fiction world with robots the next, you can do that in Stargate. We were lucky enough to get hooked up with the right contacts at MGM, who we then submitted our passionate proposal, and before we knew it we became part of the Stargate story. Needless to say, we are super excited to have won the license and are humbled to be able to add to the canon and lore of the Stargate franchise.

Why did you pick 5th edition for the game?

We picked 5th edition as the base for the game for a couple of reasons. One, it was the system we felt the majority of gamers were most familiar, as well as ourselves. Our staff have regular D&D games in this system. Second, we feel like 5th edition has been able to strike that balance between, easy to pick up and play, versus the crunchiness an advanced player likes for depth. Because of the popularity and the standard D&D has become we at Wyvern Gaming feel this fits our “Approachable Games for Everyone” motto.

Is it a natural fit or are you having to sculpt the system to make it more suitable for Stargate? Is there magic or psionics in Stargate?

It was Arthur C. Clarke who stated, “Any sufficiently advanced technology is indistinguishable from magic.” The biggest part of sculpting we’re having to do is scooping out the magic and replacing it with technology. We want our players’ characters to feel powerful enough to handle the situation, but at the same time threatened by the likes of a Kull Warrior.

There are also other mechanics that we’ll be adding to our version of the 5th edition system, which are in heavy playtest right now. We believe these changes are key to make it feel like Stargate. We feel like years from now RPGers will be able to make statements like “Wyvern Gaming got it right!”

There are lots of different Stargate shows; from the original movie to SG-1, Atlantis, Universe, not to mention Stargate Origins and Stargate Infinity. How and where does the RPG fit into all of this?

The Stargate Roleplaying Game will be initially set during the SG-1 timeline. The players will be part of Stargate Command, but will be participating in off-screen missions that will influence and/or be influenced by the events we see in the TV show. To be specific, we’ll be picking up just after the events in season 6, episode 9, “Allegiance.” This is during the infancy of the relationships between the Tok’ ra, Free Jaffa, and Tau’ri who are coming together to fight a common enemy.

Because of what happens in this episode, the Alpha site becoming compromised and the influx of freedom fighters from other worlds, the US President and SGC decided to create a new top secret off-world base called, Phoenix Site. The purpose of this site is to take in warriors from worlds across the galaxy that want to help in the fight against the Goa’uld, train them in SGC tactics, and send them on missions. Players’ characters of the Stargate RPG, are part of teams formed at the newly established Stargate Phoenix (SGP).

What does that mean for playable alien races?

Well, it means that all playable races are non-Tau’ri. You can of course play a human, but it will be a human from planets like Abydos, Langara or even from new planets. With the different origins each will get abilities that fit their background. Beyond human, we’ll have Tok’ ra, Jaffa, Unas, and a new race known as Aturen.

Can any of those aliens actually be part of the SGC?

They will be part of the SGC under the purview of the SGP. There are the obvious challenges some of these races will have working together and other limitations and flaws that will make playing a non-human race challenging. We chose the setting of the Phoenix site for the specific purpose of letting our players play alien races. Being a secret off-world base it explains why we did not see Phoenix site in the series and allows the stories created to fit into canon of the original show.

Are you adding anything new or extrapolating from established Stargate mythos?

Yes! The RPG book will contain a history of everything we know leading up to our jump off point in season 6, and we are excited to announce we will be adding new content to the Stargate setting. This includes new planets and Goa’ulds that have never been mentioned before and are now just being discovered by the SGP. However, that’s all I can say about that for now.

You put out a call for mission writers? Do you need loads and loads and, if so, why?

Episodes are what we’re calling adventures which follow a Season arch. We plan to publish official Seasons of Episodes that continue the story from our jump off point in season 6 and continue into future content. These episodes will be part of a living campaign that we plan to launch next year. In the past the Wyvern Gaming staff had been heavily invested in campaigns such as Living Greyhawk, Adventurers league, and Pathfinder Society, so we’re excited at the possibility of bringing an immersive campaign where you can take your character from table to table with different Gate Masters (GMs) and tell a cohesive story.

What’s the timeline? What’s happening next, and when do we see it? I’m sure people are eager to get their hands on an actual book, but we’re all used to Kickstarters and other hurdles first.

Right now we are deep into our private playtests. Our playtesters have been outstanding. They are extremely engaged and have been a huge help to the project. It is so exciting to see game groups take what we’ve created so far and build their own stories and characters. Following the private playtesting we’ll release a public playtest. This will likely coincide with the launch of the Kickstarter, February 2020. After the Kickstarter, we’ll button things up, get the game produced, and launch. Our current plan is to officially release next August at Gen Con 2020.

After the immediate challenge of launching the game… what’s the roadmap look like?

This all depends on the success of this first book. We have very specific plans on expansions and you can probably guess what those might be seeing where we set the start of the timeline for the first book. I wish I could go into more details, but again this is all I can say at this time.

Seen it before in the old stargate rpg. Used spycraft, which was a mod of sorts of the 3.5 rules. Kinda meh and beefy book, but with 5e being picked up, looking at a big, BIG play room for sci fi, and possibly a source for lot more sci fi settings

I wonder if we get to meet the Furlings through this arc?

Why pick D&D for the Stargate RPG? An interview with Wyvern Gaming 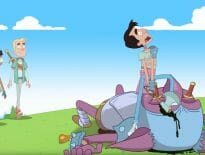 TV The Lion’s Blaze, by Olan Rogers of Final Sp… 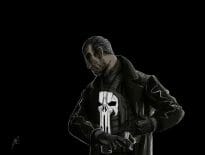