This is Audio EXP for the 6th of June 2020, and the title of this episode is ‘Which weapon would you pick?’.

[The following is a transcript of Audio EXP: #47]

Imagine you knew that you were about to be transported to a place known as the badlands. Which weapon would you pick?

Ah, no. Sorry. You can’t pick droid army, nanobot matrix or even a lightsabre. Your options are limited to one of the seven following choices.

I can tell you what Geek Native readers picked last year. I had a copy of the Art of Borderlands 3, and answering this question was the method by which readers could enter the giveaway.

Is that what you would pick? The poll is open again on the blog, and you’ll find a link in the show notes that’ll point you in the right direction. There’s no prize this time, but if you want to join team sword or let us know why you think that’s a poor choice, then you can let readers know there.

Also this week, Geek Native got into Secret Societies.

On the blog, there’s now a secret society generator. Well, it suggests randomly generated but template-based names by genre. If you’re looking for inspiration for a secret society in your RPG, background for an NPC or anything you might be writing then perhaps it’ll help.

The secret society generator is the result of two things; the RPG blog carnival that Geek Native sometimes takes part in is all about organisations this month and, yep, you’ll find the relevant links to what other blogs are writing for that in the show notes. Also, though, Geek Native patrons occasionally get to direct content choices through votes and that, in a roundabout way, was one of them.

As it’s a new month, Geek Native Patreons also get to vote in the RPG Publisher Spotlight poll. That’s a monthly article that looks into a smaller publisher to try and give them some limelight.

Here are the choices for July;

That shortlist was compiled from recently active publishers on Itch.io.

Itch.io is a platform for indie game designers. It started off with computer games but is being adopted by tabletop publishers too.

I think Itch.io showed strength this week. As a platform, it’s enabled individual publishers to quickly build bundles and take them to market. There are several Black Lives Matter bundles on the platform.

Geek Native covered the Tabletop Treehouse bundle when it launched; offering nearly $300 worth of indie games for $125. That’s a great deal, and that’s not even the biggest bundle any more.

I strongly suspect the DM’s Guild is working on a bundle too but given the extra hoops to jump through there, we’ve not seen it yet.

If you’re wondering what else might be tempting you with RPG-goodies soon, then we’ve got the Paizo product timeline on the blog. Thanks to Paizo for helping with it.

Not a fan of waiting? If you hurry, you can pop over to Kobold Press right now and get a copy of the D&D 5e adventure Fowl Play for free.

There’s one little catch, though. Kobold asks that you join their mailing list and in exchange, they’ll mail you a coupon for the freebie.

I know that’ll put people off. No one wants email promotions in their inbox. However, I don’t begrudge Kobold Press at all. I think it’s a small ask to make for a free product. I’m sure their emails aren’t too spammy either and, who knows, perhaps coupons for future freebies will be included in future mailings.

Another noteworthy freebie out this month is Cubicle 7’s Crash & Burn.

Crash & Burn is an adventure for the newly released Soulbound Warhammer RPG. In Soulbound, you are potent warriors bound to the God Sigmar.

In Crash & Burn you have to airlift supplies to a newly liberated city, and this means taking a fleet of airships over the Realm of Fire. I have to wonder whether the title of the adventure is a bit of a spoiler!

If you’re going to play that particular introductory adventure then, well, good luck!

RTG’s Mekton Z is also free. I’m not sure when this PDF scan of the 1994 mecha-anime RPG by Mike Pondsmith and others became free, DriveThruRPG list it as usually costing $30 but currently costing $0.

That’s not the only bit of R Talsorian news that caught my attention this week. The Cyberpunk publisher is also giving away for free their scenario design system from Dream Park the roleplaying game.

The game is out of print, out of license and so I don’t think we’re going to see a new version. It was based on the books by Larry Niven, and Steve Barnes who had the park a bit like a Holodeck or Westworld fantasy. That meant GMs would find themselves needing to create a wide range of adventures, for lots of genres, and sometimes dealing with PCs at odds with the setting. You can see why they thought long and hard about how to make that challenge easier.

The last RPG freebie I want to mention is Witch Doctors. This isn’t strictly a freebie as it’s an open playtest for Curious Monk’s new game. You can download it for free, though.

In Witch Doctors, there’s an unseen force that encourages people to think the same way. Witch Doctors can sense this force and can resist it. The game is about exploring and solving the Mysteries that this ability leads too, and doing so without getting in even more trouble.

The system is called Witchcraft, and an SRD for it is promised for later on.

I like the concept of Witch Doctors but can imagine it becoming controversial. Imagine if there was some sinister force that encouraged humanity to think alike?

I’ve grown cautious of people who insist they support radical and extreme ideas just because they dislike group-think. It’s a sensitive area.

On the subject of sensitive topics, Legendlore is back in Kickstarter.

Onyx Path’s 5e-adaption of a comic book series from the 90s was launched and then cancelled because of COVID-19. The relaunch was then delayed because of #BlackOutTuesday.

I had had the chance to speak to designer Steffie de Vaan ahead of the relaunch, ahead of the riots and killings in the States, and we happened to talk about sexism, racism and ableism.

I had to think carefully about whether I would publish the interview at all, but I did, and I think it was the right choice.

In Legendlore, you see, you play yourself after being transported to a fantasy world. It’s a process that changes you.

So, for example, if you had bad eyesight, in reality, you could get rid of that in your Legendlore character. But what if you’re are a wheelchair user in real life, would you want to ditch the chair for Legendlore. It’s up to you, of course, but it’s a sensitive thing for a game to suggest that the heroic version of you wouldn’t have wheels. Legendlore doesn’t do that.

Then there are the racism concerns that are built into some fantasy races. Orcs aren’t tribal warriors from the savannah or mountains in Legendlore, they’re pig-people, and you are as likely to find a good orc as you are to find a good human. On the same note, minotaurs are cow-people.

If Legendlore has inspired your own world-building instincts then, good news, Charles Dunwoody has published Design a Wilderness on Geek Native. That’s the fourth part in his world-building series that uses tools from the 80s such as Basic Dungeons & Dragons to create worlds.

In a double-whammy, Ben Jackson also published the second part of the longevity collection in the Genre Police series. Coming Up Short looks at the pros and cons of running One Shots. It’s harder to do than many new DMs might expect. If that’s you, then I strongly encourage you to give the article a read as it will likely help you avoid some pit-traps.

I’ve two bits of non-roleplaying news to finish up with.

The first is some stats around Netflix. Do you think your Netflix library is a bit naff? If you do, then you’re probably in the United States or Canada. IMDb rankings show that the shows, TV and film, in those geographies are the most disappointing.

The places where Netflix has the best shows ae South Korea, Switzerland and Japan.

Lastly, CMON has announced a Masters of the Universe board game is on the way. In fact, they call it a game system which makes me think they are planning more than one.

This is an essential success for CMON. Just a few months ago on this podcast, we were talking about how the company had had its shares suspended after failing an audit. This week, though, they clearly have the backing of Mattel.

We started by talking about swords, and here we are standing at the entrance to Castle Greyskull with our sword in hand. We have the power.

So let’s leave it there. Keep safe and see you next time. 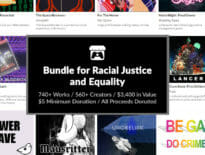 Games Racial Justice and Equality: $3,500 worth of games… 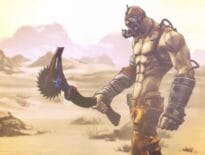 Geek Stuff Surviving the badlands? Which weapon would you pic…
💰 Copper Coins 💰 Geek Native is an affiliate and may earn commission on purchases you make from third-party sites.
🍪 Privacy & Cookies 🍪 The site uses cookies to survive. By accessing the site, you agree to use your browser to control cookie use or take 1d4-3 privacy damage (tracking). If you defeat cookies via ad blocking, please consider the Patreon. An intro to cookies, and how to control them, can be found here. I Manage Cookies