If you pop over to Curious Monastery.com, home of Curious Monk, you’ll be able to download a copy of the Witch Doctors RPG for free. It’s the playtest version.

The tabletop roleplaying game is about people different from those around them. They are people who are awake to the subliminal forces in our world that bend others’ ideas and beliefs towards a collective norm. It’s these forces, driven by an unconscious called the Geist, that coerce humankind into stability through conformity and appropriation.

Witch Doctors can feel those forces. They have the power to defy them and even disrupt the influences that prey on the unsuspecting.

In the RPG, characters attempt to uncover the truth and stop harmful magicks. These encounters are known as a Mystery. However, the deeper characters get into a Mystery, the more likely they are to enter the line of fire.

Witch Doctors makes use of a new system that is in part Aperture System, Curious Monk’s own game engine, and part Apocalypse System by Vincent and Meguey Baker.

There’s a magick system in the game too, Token, which is designed in line with “Hard Magic Systems” as proposed by Mistborn author Brandon Sanderson.

Witch Doctors comes with a violence warning too;

In most RPGs, your plucky group of characters run into everything from reality-warping wizards to fierce dragons, but the threat of violence is muted by the dull thud of attacks and spells as they land, march along their polite circuit, and ultimately fall away without long-term consequence.

Violence in WITCH DOCTORS is different. Violence is something you engage in when you cannot avoid it. A poor roll or tactical blunder could lead to your character being different from that point on. Sometimes, this will get nasty. Detailed. Brutal. If you choose to play this game, it’s with that understanding.

Marin O’Connor, the game’s author, tells Geek Native that an SRD for Witchcraft, the game’s system, will be published later. 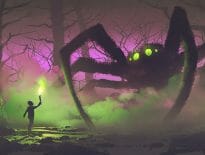 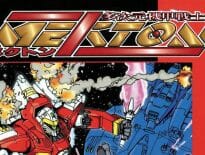