Leo Almeida has worked on board game projects like Bloodborne: The Board Game and A Song of Ice and Fire: Tabletop Miniatures Game and now with Michael Shinall, CMON’s Design and Development Manager, will be working on a Masters of the Universe game.

The game will make use of highly-detailed minis and a new system that CMON is developing.

Masters was a part of most of our childhoods. People of a certain age know all about it. Simply saying, ‘I have the Power’ is automatically said in one’s mind a certain way because of it. Now, this game will bring an entirely new generation to Eternia and its many characters. Parents will be able to pass down their love for He-Man to their children, and that’s amazing.”

He-Man and the Masters of the Universe are owned by Mattel, and the toy-maker made mention of this new game system. Janet Hsu, Chief Franchise Officer from Mattel added;

As Mattel looks to unlock the power of its IP, partnering with CMON is the latest step to bring back one of the company’s most famous contributions to pop-culture — He-Man, Skeletor, and the Power of Grayskull from Masters of the Universe.

This new game system will be sure to introduce fans to the most iconic characters through a fresh interpretation of Eternia as it has never been seen before.”

It’s been an incredibly busy 2020 for CMON. Just a few months ago fans had every reason to worry about the future of the company when a failed audit resulted in authorities suspending trading.

A few weeks after the halt in trading, CMON launched Ankh: Gods of Egypt which swiftly secured more than $1 million of that very same Kickstarter money. 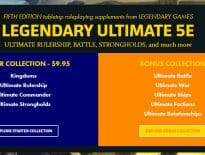 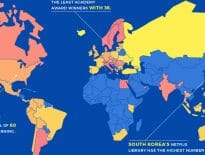