15 different designers have contributed 20 RPGs. It’s not a cheap bundle, coming in at $125, but the savings are impressive as these 20 games would usually retail for $284.99.

Let’s take a quick look at a random sample of games from the bundle.

Spindlewheel Microgames is a tarot-like storytelling that uses cards as prompts.

The download, as the name implies, comes with different settings and styles such as Detective, Ghost Train, Meet Me In The Field of Honour At Dawn and Th Mountain.

Characters in Space Between Stars are the crew of a spaceship exploring an unstable universe, as well as working through their own issues.

Songs for the Dusk

Songs for the Dusk is a Forged in the Dark post-apocalyptic RPG.

The game is still in development, and you’re buying it at the playtest price but will also get the full game at no extra cost.

Interstitial suggests you use it as a game to play out your Fanfiction.

Running on Powered by the Apocalypse, this RPG is about connections with people and the power we draw from those connections. It’s about travelling to different worlds, too.

For the Honor is a She-Ra based RPG which Geek Native covered in February.

The game does not need a GM and uses the Firebrands Framework by Vincent Baker and Meguey Baker.

If Not Us, Then Who?

If Not Us, Then Who? uses a deck of cards, friends and goofy ideas to tell a story.

The creator, Riley Hopkins, suggests thinking of gameplay as writing lines for an original script or perhaps recapping an actual play podcast.

The six RPGs above are just a small fraction of the games in the bundle. At the time of writing, there were just over 5 days left to cash in on the offer and support Black Visions Collective.

You can get the bundle from Itch.io. 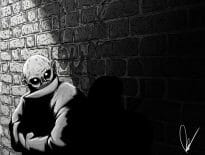 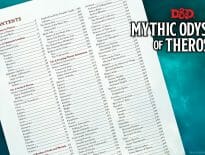