You are here: Home / TV / Is Netflix a bit rubbish where you live? [stats]

I think the results of this study into Netflix surprising at first, but it might be explained by how critical audiences are.

As brought to life by an interactive chart on Surfshark, one of these VPN sites eager for geek business, the United States has the embarrassing combination of “most titles available” and “lowest average IMDb Audience rating”.

Meanwhile, also a power player in terms of library size but also with very high IMDb audience ratings is India.

I can’t run that infographic here at Geek Native, but I can show you these maps;

Films: Countries with the Most Acadamy Award Winners on Netflix

TV: Countries with the Most Emmy Award Winners on Netflix

I can also link to the data directly so you can poke it with your functions.

Here are some of the highlights;

Countries with the biggest Netflix libraries

Once again, you can see some interactive visuals, some more summary charts and tackle the raw data over at Surfshark.

Why do you the US and Canada seem to dislike their Netflix collections more than anyone else?

Is Netflix a bit rubbish where you live? [stats] 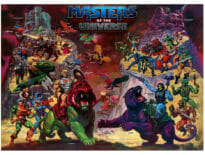 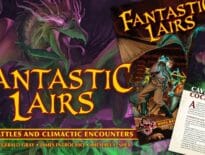 Tabletop & RPGs Free samples of Fantastic Lairs spurs Kickstarter …
💰 Copper Coins 💰 Geek Native is an affiliate and may earn commission on purchases you make from third-party sites.
🍪 Privacy & Cookies 🍪 The site uses cookies to survive. By accessing the site, you agree to use your browser to control cookie use or take 1d4-3 privacy damage (tracking). If you defeat cookies via ad blocking, please consider the Patreon. An intro to cookies, and how to control them, can be found here. I Manage Cookies