R Talsorian Games have made more RPGs than Cyberpunk, although, so far, it’s just that line which has gone on to spawn mega-projects like the forthcoming Cyberpunk 2077 computer game.

They’ve published Castle Falkenstein and Teenagers from Outerspace, not to mention the very much more recent hit The Witcher RPG.

In 1992, the published Dream Park: The Roleplaying Game based on the Dream Park series by Larry Niven and Steve Barnes.

R Talsorian Games don’t have the license for Dream Park any more, so we’re not getting a new RPG.

The game, though, was a bit like a Holodeck or a Westworld fantasy. The Dream Park was a place to go to have adventures, a feature adopted by the RPG while also letting you decide whether to change your character or adapt it for the next and potentially different scenario. You could take your wizard into space, or your cyborg into a jungle filled with lizard-warriors, or your lizard-warrior into a Victorian steampunk palace.

One feature in the Dream Park RPG that stands out is the Scripting the Game system for GMs. R Talsorian like it so much that they’ve pulled it from old scans of Dream Park: The Roleplaying Game to make it available again.

If it’s so great, you have to wonder whether it’ll be featured in the full version of the Cyberpunk Red TTRPG when it’s published in a few months.

You can download the Scripting the Game (PDF link) game aid from R. Talsorian Games’ site. 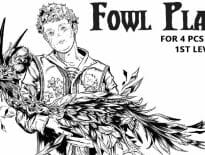 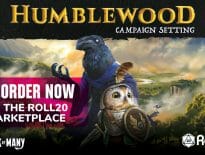