You are here: Home / Games / Tabletop & RPGs / The best selling RPGs at DriveThruRPG in 2018

Geek Native was lucky enough to be able to report on some of the successes at DriveThruRPG in 2018. We don’t have access to sales volumes but we did get the by-genre top ten. The genre charts looked to be quite a battle with some games storming up the rankings in only a matter of weeks. Other games were equally suited to more than one genre and appeared in more than one location. Fantasy Flight Games’ Genesys RPG holds the first position on a number of best seller lists, for example.

There’s one final league table to show and that’s the ultimate top 10. In this collection of best sellers the games’ genre doesn’t matter.

This is an incredible achievement by The Witcher RPG has it was first added to DriveThruRPG’s vast catalogue on the 29th of July. It’s become this year’s best seller in only half a year.

R. Talsorian Games might not have been a well-known name at the start of the year to the new generation of tabletop gamers who have discovered the hobby through Dungeons & Dragons, Critical Role and streaming shows on Twitch and YouTube but that’s certainly changed. A partnership with the popular Polish video game developer CD Projekt Red has been critical and it seems certain we’ll hear a lot more about and from R. Talsorian in 2019.

The best selling RPGs of 2018 by genre

How much do best selling RPGs cost

There is variation in prices in our best sellers with some going for less than $10 and others for $60. The average price by genre is equally as spikey. Games designed for families to play tend to be the cheapest with an average top 10 price of just $9.86 whereas Sci-Fi games are the most expensive with an average cost of $31.64.

Creative Commons credit: Battle of the Champions by Maxim Patronov and The Witcher by Anna Ragimova.

The best selling RPGs at DriveThruRPG in 2018 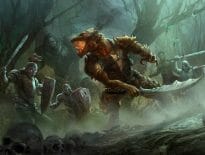 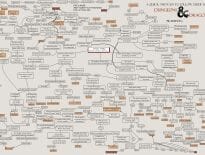