We’ve looked at the best selling fantasy and sci-fi RPGs of 2018 already. The next genre? Superheroes!

As with our previous two trips into the sales chart at DrivethruRPG we’re using data from 1st of January to the 11th of December. We’re also using the genre tags authors and publishers assign to their RPG products when they go on sale at the ecommerce platform. It’s worth noting that games can have more than one genre as well. We might predict that some of these superhero titles will appear when we look at ‘Modern’ as an RPG genre later.

Fantasy Flight Games’ Genesys Core Rulebook carries the ‘superhero’ genre tag on DriveThruRPG. Genesys is a set of rules that use the Narrative Dice System. It’s not designed to be a superhero game specifically, but it is designed to let you run and play in superhero games. When Genesys was announced the first five settings that came with the game were fantasy, steampunk, weird war (a mix of horror and sci-fi), modern day and sci-fi. A quick search of FFG’s community reveals plenty of gamers using the system for super games and other players wanting more of an official setting too.

Geek Native spoke to Fantasy Flight Games’ Sam Gregor-Stewart who manages their RPG products. We asked about what plans FFG had for Genesys in 2019, and it looks like they’re exploring some options but are being coy with us.

Why has Genesys sold so well?

Genesys has two major points that I think have really resonated with our fans. The first is the narrative dice system, the core mechanics to the game. It’s a new way of playing; a system that with a single roll doesn’t just tell you whether you succeed or fail, but also what else happens to you, around you, to your enemies, and to your friends within the scene. It has the narrative empowerment of a storytelling game, but enough “crunch” to make mechanical choices and decisions about gameplay interested as well.

The second is that generic system RPGs are experiencing a resurgence in popularity. As it’s becoming easier and easier to self-publish, to put your work up on the Internet for other fans to review, critique, and use, and to do desktop layout and publishing and have the final product look really good; all this means that there are a lot of players looking for a core set of game mechanics that they enjoy and that they can use as the framework for their own settings and their own campaigns. Genesys is specifically designed to be that framework, and we’re really happy that we’re able to empower a lot of people in making their own worlds into a reality.

What is your favourite section in Genesys?

Good question! Mechanics-wise, I think it’s the magic system. That ruleset was something that really came together with a rush of inspiration, and when we were finished we realized that we had a really new and exciting way of presenting magic, and one that felt really appropriate to the Genesys system. What’s really fun about magic in Genesys is that it’s so customizable! The idea is that pretty much any spellcaster can decide what they want their spell to do on the fly; choosing a basic effect and then adding additional effects to suit their needs.

Narrative-wise, however, my favorite section is certainly Sovereigns of Steam, the example setting we created for the Steampunk setting. We were taking an existing setting that had very little information about it (just a blurb in the board game Planet Steam) and Tim Cox, Katrina Ostrander, and I turned that into a much more fleshed out and fully realized world. It was just so much fun to let our imaginations run a bit wild, and I really like the results!

Well, in the first part of 2019, we’re really excited to be releasing our second major expansion, Shadow of the Beanstalk! That’s a full sourcebook for playing Genesys in our Android setting, and I’m really pleased with how it’s turned out.

Beyond that, well, let me just say that Genesys affords us a lot of interesting opportunities, and we are having a great time exploring them. So stay tuned!

How much should you pay for a best selling superhero RPG?

The average price of a top 9 best selling superhero RPG is only $24.98. We don’t include Misfit Studio’s ‘Reuniting Families Charity Anchor Product’ as it isn’t for sale any more.

Genesys is cheaper than the average, proving to be an exceptional value purchase.

The best selling superhero RPGs of 2018 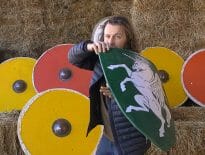 Geek Stuff Is your character using the right sort of shield?… 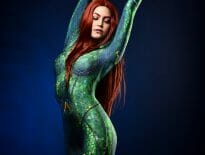