To mark the end of the year, Geek Native has been looking at some official sales data from DriveThruRPG and publishing the top ten best selling RPGs charts by genre. For example, yesterday we looked at the top 10 best selling modern genre RPGs and the day before that anime.

We’re not manipulating the data in any way. We rely on DriveThruRPG to kindly provide it and we’re using the genre tags the publishers have assigned to their games. Today we’re looking at DriveThruRPG’s “Family” tag. The games here are those which the publishers have added the family tag too. That might mean you disagree with some of the classifications. It also means these games are likely to pop up in more than one genre. For example, Ryuutama is 7th in this chart but also the best selling anime RPG of the year. It has both the ‘anime’ and ‘family’ tags.

Amazing Tales is the best selling family RPG of the year

Written by Martin Lloyd and illustrated by Iris Maertens, Amazing Tales is designed so that children over the age of 4 can play with their parents. It was published in October 2017.

Four settings come with the kid-friendly RPG; The Deep Dark Woods where trees move and animals talk, the Magical Kingdoms Long Ago in which you might meet dragons and princesses, the Pirate Seas for exploration and treasure as well as Adventures Beyond the Stars for spaceships and laser fights.

The system allows your kids to create any character they want; whether that’s an alien, a dinosaur, superhero, fairy or a robot and can be played with a single d6 (although a more extensive set is recommended). The game also anticipates the need for one parent as the GM and only one child as the player and copes with that too.

How much should you pay for a best selling family RPG?

Gamers have been known to spend a large chunk of their disposable income on their RPGs, but in these circumstances, most of the time, you already know what you like. How much should you spend on an RPG you hope to play with your family before you know whether or not the gaming evening will be a hit or a miss?

The good news is that the ‘family genre’ at DriveThruRPG is the cheapest, by a large amount, of the genres we’ve looked at so far. The average cost of a best seller is $9.86.

The best selling family RPGs of 2018 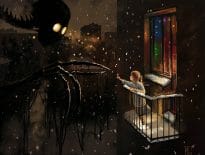 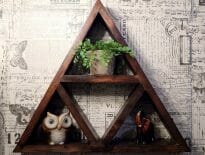