Dungeons & Dragons, Pathfinder and The Witcher were the most popular fantasy RPGs in 2018 but what about sci-fi games? Paizo Publishing’s Starfinder, published in 2017, is a candidate but Geek Native has access to the complete top ten from DriveThruRPG.

These figures include sales from the 1st of Jan to the 11th of Dec and DriveThruRPG’s genre tags. You can interrogate the site yourself using these tags by selecting a genre from the lefthand side of DriveThruRPG. That menu matches games up with the tags publishers and authors assigned when the game was published.

Stars Without Numbers is written by Kevin Crawford and is an old-school-inspired game that encourages sandbox play. There’s even a free version.

Geek Native was able to arrange a brief interview with Kevin Crawford and asked about plans for the game.

Why has Stars Without Numbers sold so well?

I believe SWN has sold so well because a feature-complete version is available as a free PDF download. Everyone in a group can get the game for free, and those who want bonus content have an easy way to get it with the deluxe version. The main enemy of a small publisher RPG is anonymity; anything that gets your game into more hands is going to help you, provided you have some way to turn that popularity into actual sales.

What is your favourite section in Stars Without Numbers?

My favorite section of SWN is probably the sector generation chapter, with the world tags and worldbuilding tools. This is the killer app for SWN because it’s system-neutral and anybody who plays sci-fi games can likely get some use out of it. Because of things like the sector generator and the factions and the other system-neutral tables, I’ve had a lot of people tell me that they religiously buy my books even though they don’t actually play my system, simply because the tools are so widely applicable.

What plans do you have for Stars Without Numbers in 2019?

In 2019 I’ve tentatively decided to do a fantasy version of SWN with a working title of “Worlds Without Number”. I want to bring the same sort of sandbox tools that SWN provides into a fantasy game. Ideally, it’d be a general-purpose handbook for GMs interested in running sandbox-style games in any fantasy system, as well as being a game that’s system-compatible with SWN.

What do gamers tend to want from a ‘sci-fi’ game?

The best way to handle genre game purchasers that I’ve found is to treat them like genre fiction consumers. They want genre staples done well, and they want enough innovation that they don’t feel like they’ve just read this exact book. They want spaceships, aliens, laser guns, robots, bizarre societies, lost worlds, and daring adventure, and they want these ingredients employed in ways that are fun to imagine and read about. And from a publisher’s viewpoint, they want serials; a steady supply of new content for their game that they can pick up and follow. A publisher who thinks of himself as a latter-day Lester Dent won’t go far wrong commercially.

How much should you pay for a best selling sci-fi RPG?

The average price of a sci-fi best seller is US $31.64. That makes Stars Without Number an especially good deal as it costs just $19.99. 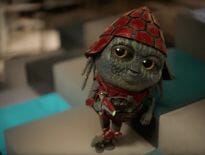 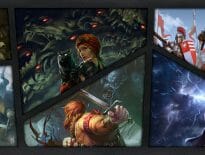