To round off the year Geek Native and DriveThruRPG has been going through the best selling RPGs from the retailer’s genre tags. Western is the last name genre. There’s one tag more to go; those games with the ‘Other’ label attached but Western is the last defined genre.

Which RPG do you think will come top in the Western pile? The struggle so far has been between games dedicated to one or two genres versus multi-genre rules engines.

Genesys is the best selling Western RPG of the year

Fantasy Flight Games’ Genesys has done it again. It’s already come top in genres like pulp, superhero and modern. Genesys is a single set of rules designed to work with many genres. It does, however, come with a weird west setting built in.

The same is true of the game in the number two position. Index Card RPG Worlds is a multi-genre single system which comes with a weird west campaign setting.

Surprise, surprise, the same is true for Dias Ex Machina’s Ultramodern5. This set of rules is designed for any non-fantasy RPGs and they suggest the like of cyberpunk, espionage, warfare, urban fantasy, steampunk and then, right at the end, western. Aliens, suggest Dias Ex Machina Games, are optional for your western.

The top ten does find dedicated western RPGs amongst their numbers. Eventually. In there we find Deadlands which may be the most iconic of all the cowboy adventures ever to bounce dice.

How much should you pay for a best selling Western genre RPG?

The average price for a best selling Western RPG at DriveThruRPG this year was $26.89. We can see from the chart below, though, that there was a wide fluctuation in the cost of games. Do Not Let Us Die In The Dark Night Of This Cold Winter from the Cone of Negative Energy was less than $10 whereas other games come in at more than $50.

The best selling Western RPGs of 2018 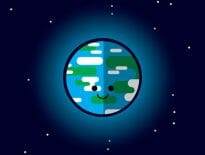 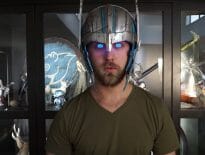