DriveThruRPG lets publishers tag their games with one or more genre and to mark the end of the year we’ve gone through the best sellers from each. We started off with Fantasy and ended up on with Westerns. There’s one more tag to go; Other.

If your RPG doesn’t fit nicely into any of the provided genres or it can also be used in extra genres then DriveThruRPG provides the ‘Other’ tag as a place to put your game. There’s no steampunk genre, in the system, for example, nor anything for games set in history and so RPGs from these genres or settings might be tagged as ‘Other’.

Genesys is the best selling Other RPG of the year

Fantasy Flight Games Genesys has done it again. FFG applied genre tags liberally to their genre-netural set of rules (it does come with 5 different settings) and have topped this section too.

DriveThruRPG haven’t shared absolute sales volumes with their data; only the relative placements in the genre lists but we can use Genesys as a triangulation point to get a better idea of the bigger picture. For example, Ryuutama is 8th on this list but came top of the anime and cartoon genre tags. Hero Kids came second on this list but 4th in the family RPG list.

To wrap this series up the final post will look at the best sellers regardless of their genre tagging.

How much to pay for an RPG like these

The average price of these RPGs is just $16.96, which puts Genesys above that benchmark. This category has a record number of games below $10; Hero Kids, Beyond the Wall and Other Adventures and Deadball: Baseball With Dice. 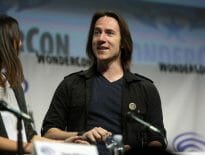 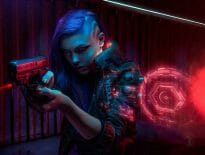