Friday RPG news time, and you may notice two things.

You may notice that the daily digest email is hitting your inbox later. It is! That’s a high perception pass from you to spot that so quickly. The current release slot is 10 PM here in the UK.

If you critically succeeded in that perception test, you may notice things are a little quieter this week. That’s only true here on Geek Native, and there have been fewer posts, but the industry is still bustling.

The two are connected. This is what a return to the office in a “please, let the vaccines work, people wear masks for long enough, and C19 retreat” world looks like for this blogger. I’ve been rerolling the time attributes on my character sheet.

Life goes on! That’s the plan. As does the RPG news, which we’ll get to in just a bit. We can see many exciting bundles, Hasbro hanging on to Wizards of the Coast, and if you’re a fan of the news reading minotaur, there’s a chance to win him in the UK.

Righty! Time to get cracking with all that promised RPG news. 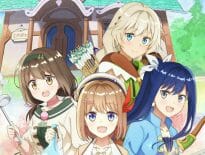 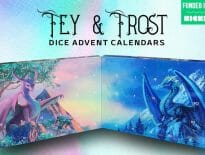