You are here: Home / Games / Tabletop & RPGs / Free to Download: The Rift to Rhymorra – a 5e Guide to the Spirit Realm preview

Aaron Keyes, aka The Alpine DM, has a 5e supplement heading to Kickstarter. The Rift to Rhymorra: A Guide to the Spirit Realm has more than 30 new monsters, magic and a new class.

You can sign up for Kickstarter alerts. It’s due to launch later this month.

Here’s a tiny text excerpt from the introduction.

Rhymorra, also known as the spirit realm, is a coterminous plane that shares multiple borders with the material plane. Although a few divergent locations within Rhymorra exit completely outside the bounds of the material plane, most of Rhymorra and the physical realm directly overlap each other. This means that the general landscape and infrastructure of Thymorra tend to match the landscape and infrastructure of the physical realm. For example, a prominent river on the material plane will have a counterpart on Rhymorra. These two rivers may not be an exact copy of each other, but they will share many aspects with each other – primarily their general location in spacetime.

I looked up “coterminous”, and according to Bing, it means “having the same boundaries or extent in space, time, or meaning”. I hope that helps. I also put two quick questions to Aaron.

Why launch this Kickstarter?

In my first Kickstarter (Ekemon’s Exotic Mounts) I had included one brief sentence that referenced Rhymorra and the spirit realm. This was only included for fun, and I honestly didn’t think much of it. But after sending out the PDF I received a comment from a backer asking if I had more details on Rhymorra. Of course I didn’t, but it got me thinking how much fun it would be to design an entire plane full of spirits. There are so many fun creature and item ideas bouncing around my head, and it’s only with the help of backers on Kickstarter that I’ll be able to make them come to life.

If you’re successful with the campaign, what happens next?

The madness begins, haha! Essentially it means ordering A BUNCH more art and keeping my nose to the grindstone. I actually recently resigned from my day job (with salary and benefits) so that I can spend all of my time and mental energy completing this project. Now, what comes after the fulfillment of this project? That’s a little trickier to answer. The most likely situation is that I’ll start working on another adventure module or supplement, however I have a strong urge to design my own card game centered around an apocalyptic Wild West.

Free to Download: The Rift to Rhymorra – a 5e Guide to the Spirit Realm preview 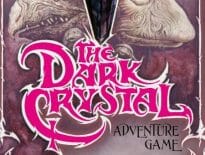 Tabletop & RPGs The official The Dark Crystal tabletop RPG is out … 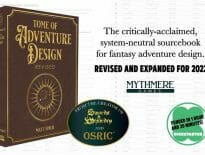