I picked Bones Deep as the headline new release in the RPG news summary of Rountely Itemised: RPGs #144 of March 18th, 2022. It won.

The game is about skeletons exploring the ocean floor. Unusual, right? And it’s by Technical Grimoire, and it had a great cover. Picking the headline new release is hard, but Bones Deep was a strong candidate.

It turns out that that was a teaser, with a Kickstarter a larger game, one with creatures, locations, spells, quests and one written with the help of underwater experts, a boat captain and an educator.

So, what do I do? Do I mention the game again? Yes! Here’s the Kickstarter pitch.

… but more than that, David Schirduan of Technical Grimoire has penned an essay on exploring the familiar as that’s a topic of interest to GMs and relates to Bones Deep too.

By David Schirduan of Technical Grimoire

We tend to think of exploration as “seeing something new”. We imagine floating crystal highways, a dragon made of cheese, or a huge galactic bug predator; something we haven’t seen before and could scarcely imagine. Especially in the context of tabletop roleplaying games, there is a pressure to present even more wild and crazy things to our players.

Our hobby has grown to the point where even fantastic things are growing familiar. We’ve all met friends in a medieval tavern, fought dragons under the mountain, or climbed elven towers. However it’s possible to make the familiar unexpected; to take the commonplace and make it fantastic. Let’s take a look at how to do this and games that do it particularly well.

Why not just let imaginations run wild? What’s wrong with making your games weirder and wilder than ever before? Well, nothing, of course! But there are some common pitfalls we encounter when we try to escape the familiar:

Loss of communication. “Imagine a world of inside-out gremlins who speak backwards and live in the center of the sun.” That’s certainly a fresh, unique idea! But how do we actually engage with that idea? How can our players travel to the sun, learn to speak backwards, and engage with inside-out gremlins? This could still be a fun game, but you’re creating a lot of obstacles for you and your players.

Example: Eclipse Phase is a wildly imaginative hard sci-fi RPG. It is well written and cleverly designed. But more than once I’ve had trouble communicating some of the wilder concepts to players: sleeves, politics, hacking the mesh, synths, and more. These are what make Eclipse Phase great, but it does require a dedicated group willing to engage with all of these complex concepts.

However, when we engage with more familiar concepts it helps keep everyone on the same page.

Loss of engagement. “After recovering the arc-stone, you must consume the primordial seed, be rebirthed as a dragon, and then embark upon the galactic pilgrimage.” Another idea that might not connect with your players. What do dragons want? How do they travel on the galactic pilgrimage? Eventually you may cross a line where your players have trouble connecting to their characters.

Example: Silent Titans is a non-euclidian time-travel mystery adventure. The players have lost their memories and must piece together their past as they explore a strange world. It’s innovative and fresh in a lot of ways, but some players don’t like learning about their past. Rather they prefer to build their own characters and focus on the future. Silent Titans is brilliant, but some players might have trouble engaging with its weirder ideas.

By contrast we have already engaged with the familiar; those ideas are ripe for innovation and subversion of expectations.

New doesn’t mean good. “…and it turns out the king never existed! This was all someone else’s dream!” Sometimes in our attempts to innovate we can miss the mark and create something…bad. There’s a reason so many stories contain similar elements: human beings like those stories! To some degree you can rely on classic, familiar stories to be good.

So how do we explore the familiar? It’s actually pretty simple:

This is the most important step. Players must engage with the concept from a new direction, or in a different way. Some of my favorite examples:

Mouseritter. You play as a warrior mouse exploring a huge and dangerous world. This change in size puts a new twist on the most mundane ideas. Cats are like terrifying dragons, a pin is a reliable weapon, and floorboards are dungeon ceilings. Everyone knows what these things are, but they rarely see them from the perspective of a mouse.

The Strange. Set in modern day, players are secret agents who travel to alternate dimensions. However, each dimension spawns from the myths, legends, and fiction of humanity’s collective subconscious. Characters visit the land of Oz, solve mysteries with Sherlock, and defend the shores of Asgard. You didn’t come from these dimensions, but you can visit them and experience them in fresh ways.

Bones Deep. A game of skeletons exploring the ocean floor. As a skeleton you cannot swim; instead you must rely on jumping, riding, and stealth to engage with a world that swims above you. Being stuck on the ocean floor makes the seas feel more like an alien planet than a scuba-diving trip.

We should change a few things about the familiar, just enough to subvert expectations. Thanks to our change of perspective, players will be even more unprepared for the surprises we throw at them. Let’s take some lessons from other games that do this well:

Deadlands. Drawing upon classic western tropes, Deadlands sprinkles in bits of horror and mysticism that can surprise even the most experienced cowboy. “Like the real world, but with magic” is a great strategy for subverting expectations.

Neverland. Journey to the island of the Lost Boys, Captain Hook, and Tinkerbell. Except it’s been a LONG time since those stories were told and even Neverland has changed in unexpected ways. I ran this for some hardcore Disney fans and still kept them on their toes as they met familiar but different characters.

Bones Deep. While all the creatures in Bones Deep are heavily inspired by real-world deep sea life, each one features a twist or exaggeration. Sure, dolphins are fast, agile and deadly…but were you prepared for the laser eyes?

Less of a step and more of a warning. If you change too many things about the familiar you lose what makes it so useful. It’s a fine line that will be different for each group and idea.

Try to preserve what is most important about the ideas and concepts you are exploring. Change some details, add new elements, but don’t ruin what makes it useful and engaging in the first place. That’s why we went through all this trouble in the first place. Those familiar touchstones are what makes the new perspective and the subversions work so well!

Ignore that nagging voice putting pressure on you to provide wholly unique experiences for your players. It’s okay to explore the familiar! Hopefully the advice I’ve given is encouraging and inspiring.

I highly encourage you to check out all the examples I listed above; even the wilder examples are still excellent games that I have enjoyed playing.

And if you want to see these steps applied on a larger scale, you can check out Bones Deep. We followed a similar series of steps to create a familiar adventure that keeps even your marine biologist friends guessing! 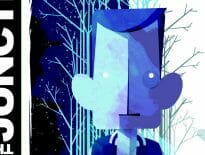 Comics Not a Kids on Bikes RPG: A review of The Junction … 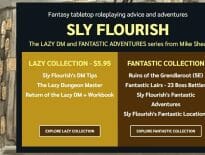