You are here: Home / Games / PC / Forgotten Fables – Wolves on the Westwind: Ulisses Spiele’s VTT team have been working on a Dark Eye computer game

Ulisses Spiele has a team who have been working on virtual tabletop integration of their RPGs for Foundry and Roll20, and its been running since 2020.

The publisher has also created systems like Hexxen, TORG and Pathfinder as VTTs. This week Ulisses Spiele revealed that the same in-house team has been working on computer games with the developer Owned by Gravity.

The first computer game release will be the visual novel set in Aventuria, the setting for the RPG The Dark Eye. Wolves of the Westland is heading to Steam and will cost €17.99/$19.99. An iOS version is also expected.

In Wolves on the Westwind, an old threat is reawakening that seeks to devastate Thorwal, the windswept Northern region of the medieval-inspired Aventuria. As an unwitting hero you are thrown into the midst of this conflict and forced to forge into the frigid unknown, vanquish evil, and restore peace across the countryside. Play as the grizzled veteran warrior Alrik or the young wizard Nedime, each with their own unique skills and backstories, that feature a dark truth you will need to face. Travel across the realm on board the Keenwolf, a Thorwalian raiders’ ship, forge alliances or make enemies of the unusual crew, and meet unique characters along the way. Every choice brings you that much closer to victory…or a devastating defeat.

The visual novel is in the form of a Choose Your Own Adventure (some are straight lines) and will feature two main characters.

The setting, Aventuria, draws on over 40 years of The Dark Eye’s development and results in about 15 hours of content. The game comes with its own soundtrack and medieval fantasy flavoured artwork.

Wolves on the Westwind is due out in May.

Forgotten Fables – Wolves on the Westwind: Ulisses Spiele’s VTT team have been working on a Dark Eye computer game 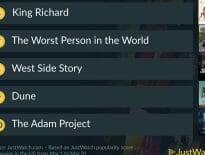 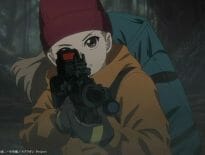