Paizo has announced an official partnership with Foundry Gaming LLC. That’s Foundry VTT, a virtual tabletop that made waves by offering a one-time purchase option rather than ongoing costs for a fully-featured platform. You do have to pay server costs if you want a server.

Paizo worked with partners and said;

This new level of partnership represents the culmination of nearly a year of communal effort from Paizo, Foundry Virtual Tabletop, Sigil Entertainment Group, Syrinscape, and contributors from the FVTT Pathfinder Second Edition development community. We have heard the outpouring of support from the Foundry VTT userbase and are extremely excited to continue to work with the Foundry team to bring Pathfinder content to their platform in a way that emphasizes the quality of our respective products.

April 16th will see the release of the second edition of the Pathfinder Beginner Box to Foundry. The timing lines up with the community event on the 23rd and 24th of April, Beginner Box Day.

Following the Pathfinder Beginner Box module on Foundry, Outlaws of Alkenstar Adventure Path, Punks in a Powder Keg, will be available on the 27th.

In May, a deluxe module for Abomination Vaults Adventure Path goes live, and that’s also when the hardcover edition becomes available.

Paizo has been making bold strategic decisions. This month also saw the announcement of Pathfinder 5e rules. That’s not the fifth edition of Pathfinder, but Pathfinder content adapted to use D&D’s 5e rule system. The Abomination Vaults Adventure Path can be pre-ordered now and is due out in October.

Pathfinder has been adapted to other systems before 5e. A Savage Worlds Pathfinder edition exists.

The partnership between Paizo and Foundry includes music and ambience through the deal with Syirnscape, script macros, exclusive assets and tokens.

Price wasn’t mentioned, but for reference, I can currently find the Pathfinder Beginner Box, the physical one, on Amazon for £44. 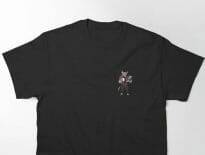 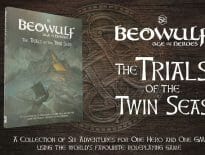