It’s a weird time to be writing an RPG news summary as Gen Con has started, but the big weekend is about to begin. It’s been a busy week, more controversies, lots of new games, and we might predict the same for the coming week.

Wizards of the Coast’s Witchlight has made enough noise to get its own and strictly temporary section in the RPG news this week.

The RPG Publisher Spotlight article is out, and it includes a Q&A style chat with Jason Holmgren and some insight into what Sanguine Games is up to.

As ever, thanks to Geek Native’s Patrons who make the Spotlight happen.

Here’s a perk that’s not mentioned very often; but there’s a resources section on the site too. Easy bookmarks to popular pages.

There are lots of bundles and competitions to tempt you with but one worth a mention here, as it’s pretty rare, is this early chance to secure some Peculiar Discoveries cards.

The Wild Beyond The Witchlight 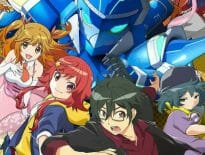