Shotguns and Sorcery is heading to 5e, as Matt Forbeck brings the first wave of fulfilment to a close.

Matt Forbeck is also writing Marvel’s Multiverse Role-Playing Game, the playtest of which is due out next year. It’ll use the D616 system.

The designer is also a prolific author and wrote the fantasy noir Shotguns & Sorcery, a project that Outland Entertainment took to Kickstarter to make into an RPG. The result, the Shotguns and Sorcery RPG was designed by Robert J Schwalb, used Monte Cook Games’ Cypher System and was, I think, fantastic.

However, the game is now out of license at Outland and it looks like the publisher didn’t manage to complete all the Kickstarter pledges. In a blog post, Matt notes;

As you may know, I took over the fulfillment of the Kickstarter for Shotguns & Sorcery: The Roleplaying Game after the license I granted Outland Entertainment expired. Although I had no legal obligation to fulfill that Kickstarter, I felt an ethical duty to my fans who backed it, so I set to working with Outland to make sure that every backer got everything they paid for, paying for many costs out of my own pocket.

Outland has gone on to other RPG projects, such as Tompunk with Alan Bahr, the 5e Galefire project and the newly announced Northern Steele. It doesn’t sound as if their relationship with Forbeck is entirely spotless.

The Kickstarter now is nearly done, with a comic book missing but about 95% complete.

Shotguns and Sorcery 5e isn’t at 0% complete either. The project is already underway. Matt adds;

Once that’s done, we’re eager to bring Shotguns & Sorcery to the fifth edition of everyone’s favorite fantasy roleplaying game. In fact, we’ve been so eager, we started work on it months ago.

There’s even a Kickstarter alert page ready for interested fans. 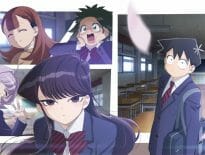 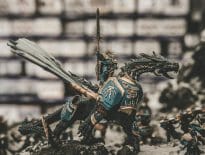