You are here: Home / Books / Game Wizards: The Epic Battle for Dungeons & Dragons on pre-order

Jon Peterson usually writes histories of game design. His latest book, Game Wizards: The Epic Battle for Dungeons & Dragons is different; it’s a look at the early history of D&D as a product.

The book starts with the business journey of D&D, with its creators and to Gary Gygax ouster from TSR (1) in the 80s.

In the book, we look at how the collaboration between Arneson and Gygax started and how Gen Con and rival conventions affected TSR. We know that it didn’t end well with Arneson and Gygax and Game Wizards: The Epic Battle for Dungeons & Dragons covers the legal battles that follow.

It’s not just creator v creator history in the book. As you might expect, Game Wizards also looks at the Satanic Panic and not just at the problems that caused, but the advantages as well.

Curious at how Gygax lost control of TSR? That’s in the book.

As usual, I’ve grounded this narrative in archival work with correspondence, internal TSR documents, fanzines, media reporting, court filings, and related ephemera. But where I’d usually be leveraging those to show the evolution of games systems, here I’m chasing pay stubs, audits, stock certificates, contracts, business propaganda, and so on. Looking at the story of D&D through this corporate lens reveals causes and effects that simply don’t show up otherwise. The story isn’t pretty–in fact, in many places it’s a total train wreck. But you need to immerse yourself in that drama to see what it all obscures.

It’s worth knowing that Game Wizards doesn’t take sides, or Petersen says he tries not to. Equally, it’s not a history of who invented what. It’s a large book, and so it lets people speak for themselves.

Game Wizards: The Epic Battle for Dungeons & Dragons on pre-order 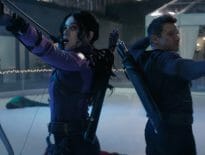 TV Hawkeye and Hawkeye in the Hawkeye trailer 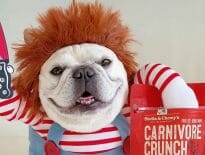