Geek Native’s Patreons voted for Sanguine Games this month. That’s why the publisher has been getting a mention at the start of the podcast, being highlighted in the RPG news summary of Routinely Itemised and forever immortalised in the RPG Publisher Spotlight section.

The Spotlight is designed to help readers discover publishers and RPG creators. So, thank you to Geek Native’s patrons for making it happen, thank you also to Jason Holmgren, director at Sanguine Games, for finding time to answer some quick questions in this piece.

As it happens, the Spotlight of serenity is also in action. Netflix will air an animation called the Usagi Chronicles, a series based on Stan Sakai’s Usagi Yojimbo comics. Which publisher produces a best-selling Powered by the Apocalypse Usagi Yojimbo RPG? Yep, that’s Sanguine.

Interestingly, disappointingly perhaps for Sanguine, the Netflix show is set in the future and follows Usagi’s descendent Yuichi instead.

As we’ll soon find out, Sanguine is no one-trick wonder, and there are plenty of other games of note.

I might ask these questions in most Spotlights, but I rarely get the same answers. It’s not common to get a “Put up or shut up” reply…

Who are Sanguine Games?

Sanguine Productions was founded in 1997 to make cool stuff. In 1999, we published our first tabletop game, IRONCLAW. We followed that with an online version in 2001. Since then, we’ve made dozens of tabletop games, fiction books, and card games.

How did you become a publisher, and what keeps you going?

At some point, you need to put up or shut up. Instead of waiting for someone to recognize us, we decided to make the stuff ourselves. The late 1990s were already showing signs of the present day’s market. Print-on-demand was becoming affordable. Retail over internet was no longer considered strange or scary. And broadband speeds were large enough for digital distribution to work.

We’ve always been committed to responsible development. We make responsible budgets, we treat our talent right, and we specialize in making great stuff with staying power. There’s plenty of cool things to do, and more cool things left to do.

What do you think you are most well known for?

IRONCLAW is our flagship project, with hundreds of thousands of books sold over more than twenty years.

What would you like to be most well known for?

Our entire catalog is devoted to making cool stuff that no one else is making. We’d love to be remembered for pushing for diversity, presentation, and innovation.

It’s perhaps easy to say you want to be known for innovation and doing stuff that no one else is doing. Sanguine, though, has years of history of showing novel and original games.

The “pushing for diversity” isn’t a throwaway remark either. As Jason and I talk about “good games”, we loop straight back to the topic of representation.

What does a good RPG look like to you?

A good game knows what it’s supposed to be, and then is that. The primary purpose of an RPG is accessibility – if we all agreed on how to play make-believe, we wouldn’t need some silly book to tell us how to do it. So the game needs to be understood by everyone at the table. Otherwise, it’s just getting in your way.

Is there a conflict between “good RPG” and “likely to be commercially successful RPG?”

Are there pockets or whole marketplaces of potential gamers out there who are being underserved?

Yes. It’s a tragedy that the concept of “generic fantasy” exists, where players are stuck being murder tourists walking through a conga line of victims. Modern computer games have mature themes, well-realized worlds, and wide representation of genres. We need to move beyond 1975.

We’ve seen a boom in actual play podcasts and live streams. Why do you think that is? Is it all lockdown? How might it affect the future of the hobby?

The technology has made streaming accessible to more people. It’s always tech.

There’s more people watching streamed games like “Critical Role”, “Harmonquest”, “Dimension 20”, etc., and then after they watch it, they want to try this RPG thing for themselves. And because people have seen streamed games, they assume their own games should also be like that. Streamed games are more performative than personal ones. You don’t get a lot of dead air with 15 minutes of rules arguments. Or wallflower players who are too shy to contribute. And since these are paying gigs, the actors who participate are on the clock, with their customer-service faces on. The future of TTRPGs will follow the streaming etiquette.

Can we square the circle and see if these performances role-play groups and shows might help tackle under-served markets?

Are any projects coming from Sanguine Games that you think readers should know about now?

We’re currently getting our ABYSS game out the door, which is supernatural role-playing with an emphasis on speed and accessibility. Coming soon will be the full release of VITAL HEARTS, an isekai-themed game about MMOs and their effects on a world threatened by otherworldly forces. We have more things brewing, so watch our social media, join our discords, write letters to your Congresspeople, and all that.

There’s a Sanguine Games store on DriveThruRPG. As a result, we can list the publishers five most recently updated downloads. 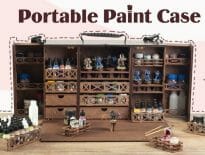 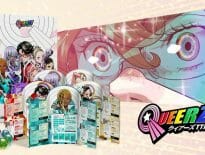 Geek Stuff QUEERZ! RPG based on the manga and powered by City…
wpDiscuzComment Author Info
Manage Cookie Consent
This site uses cookies 🍪, and links are ads that may earn bloggers some money 💰, and with this alert, I very much hope that these dark truths 🧌 are acknowledged.
Manage options Manage services Manage vendors Read more about these purposes
Preferences
{title} {title} {title}
Loading Comments...