The collection of magical items and companions Peculiar Discoveries is doing well on Kickstarter, hitting its funding goal several times over.

The 5e book adds 320+ creative magic items and cute companions. While the book is the main part of the project, there are also decks of cards showing the animals and equipment, and Geek Native has secured three sample decks to giveaway.

First up, here’s a recap of the project. There will be questions later!

The competition details are below. The prizes will be coming from William Martin, designer and coordinator, directly who has some of the physical decks made, not for the whole campaign, but enough for competitions like this and to show people.

The competition is open almost worldwide, with the usual restrictions in places for countries that can’t legally be sent anything from Canada and prizes are expected to be in the mail only a few weeks after the close of the Kickstarter campaign.

There are 18 cards in each deck. You will, of course, need copies of 5e to use the cards, the Peculiar Discoveries book will help too, but if you just want to admire the art then you need neither. 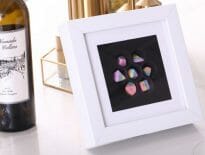 Tabletop & RPGs Show off your dice addiction: The Dice Frame 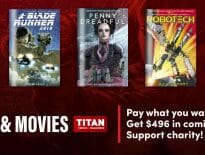