You are here: Home / Movies / The D&D movie and the lich-god Vecna

ComicBook.com has an exclusive from an unnamed source on the forthcoming Dungeons & Dragons movie.

These are rumours, and they lead us to make some assumptions, so take with a pinch of salt.

The movie will feature the dragon Palarandusk. Palarandusk hasn’t had any limelight in D&D 5e yet but is known to be a dragon that secretly protects several Forgotten Realms villages. How secretly? He’s a shape-shifted golden dragon. ComicBook’s source says that in the movie, Palarandusk will be leading the Triadic Knights.

It seems likely that the movie will be set in D&D’s Forgotten Realms. This would tie it into Baldur’s Gate III, the high profile computer game due out in 2020.

The focus of the D&D movie will be on a group of heroes looking for the Eye of Vecna.

Vecna is a powerful lich who became a god. Originally, Vecna is a Greyhawk villain, however, as a lich-god the multiverse is open to him. In fact, Vecna is allegedly the main villain in one of Critical Role’s arches in Tal’Dorei where he was known as The Whispering One.

The Hand and Eye of Vecna are powerful artifacts, introduced first in Eldritch Wizardry, the third supplement for original D&D. To use the Eye of Vecna, the wielder must first gouge out their own eye and replace theirs with the liches.

Canonically, actor Joe Manganiello’s character currently has the Hand of Vecna. Arkan the Cruel is using it to try and free Tiamat from the Nine Hells, which is an indication of the item’s powers.

The heroes in the D&D movie’s adventuring powers are believed to be Raven Hightower, a warrior with a flaming sword, the half-dragon Hack Karroway, the gnome thief Olivan Trickfoot and a masked fighter called Alyssa Steelsong.

Vecna won’t be the main villain of the movie, although he may be lurking in the background as a movie-arch villain in the way Marvel set up Thanos. The main baddie is expected to be a drow called Razer Horlbar who previously kept Raven and his sister as slaves.

The D&D movie and the lich-god Vecna 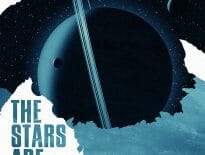