You are here: Home / Games / Tabletop & RPGs / Werewolves, except Disney! Zygomatic invite you to the Gathering of the Wicked

Asmodee Group’s Zygomatic has today announced a version of Werewolves of Millers Hollow.

Wikipedia says Werewolves can be played with between 8 and 47 players! Gathering of the Wicked is less populated, and Zygomatic suggest 6 to 12 players.

The Disney themed version casts characters not as Werewolves but as Disney villains, and each one has its own role and powers.

In Gathering of the Wicked, Disney Villains and their Henchmen find themselves in a dark realm. There, the ultimate battle to determine which Disney Villain will reign supreme begins! Two teams fight for control alternating between day and night phases. Each night, the Villains wake up one by one and use their unique abilities to chase their objectives. Each day, the gathering debates and tries to unmask the traitors amongst them. But since no one knows which team other players are on, trusting each other will be tricky, and bluffing will be their best route to dominance within their new surroundings.

Werewolves of Millers Hollow has sold over 2 million copies in the last three years alone and will turn 20 in 2021. Gathering of the Wicked is due out in October.

Werewolves, except Disney! Zygomatic invite you to the Gathering of the Wicked 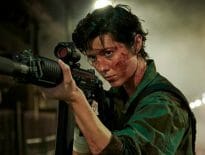 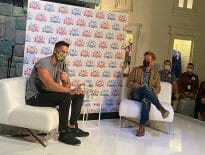