Popular virtual tabletop Roll20 has revealed how the forthcoming Baldur’s Gate: Descent into Avernus looks on their platform.

The next official Dungeons & Dragon’s storyline can now be bought from their store. The hardback is available from retailers and the official digital version, without Roll20’s enhancements, from DnDBeyond.

Descent into Avernus has been described as Mad Max meets D&D as characters start in the Forgotten Realms city of Baldur’s Gate but find themselves visiting a plane of well in which impressive vehicles trundle across a wartorn wasteland.

The Roll20 adventure module, like the book, is suitable for characters from levels 1 to 13.

There are more than 200 monsters, those new vehicles and magic items integrated into Roll20’s virtual tabletop system through simple drag-and-drop. There are 28 maps too, each complete with GM layer information and dynamic lighting for paid accounts.

The Roll20 Charactermancer has been updated to include the new Descent into Avernus “Faceless” background. 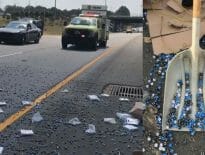 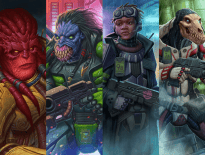 Tabletop & RPGs 26 years later, SLA Industries is back as the 2e R…
wpDiscuzComment Author Info
Manage Cookie Consent
This site uses cookies 🍪, and links are ads that may earn bloggers some money 💰, and with this alert, I very much hope that these dark truths 🧌 are acknowledged.
Manage options Manage services Manage vendors Read more about these purposes
Preferences
{title} {title} {title}
Loading Comments...