You are here: Home / Games / Tabletop & RPGs / Warriors of Sehanine and other ways to introduce your players to Baldur’s Gate

Baldur’s Gate is a city in Faerun from the D&D setting of the Forgotten Realms. It’s an influential metropolis, a city-state on the Sword Coast and it is about to come into sharp focus.

The computer game Baldur’s Gate III, from Larian Studios, is set in and around the city.

Baldur’s Gate will also be the starting point for the next official D&D campaign Descent into Avernus.

It looks likely that Baldur’s Gate is soon to be an even more popular city to visit, but where are your PCs now? Are they ready for Baldur’s Gate? Have they played any adventures in or around the city? Is the adventuring party even near the Sword Coast?

Geek Native spoke to Ashley Warren (AW) and Florian Emmerich (FE), one of the authors of Warriors of Sehanine, next to JVC Parry, about how to get your characters ready for a possible Descent into Avernus.

Gearing up for Baldur’s Gate

Baldur’s Gate: Descent into Avenrus will be suitable for levels 1 to 13. Does this mean gaming groups need to start over and bring entirely new player characters if they want to play in the campaign?

FE: While Baldur’s Gate: Descent into Avernus is Wizards of the Coast domain, history showed that the creators of Dungeon & Dragons always had a wide range of players in mind, no matter their level. Some campaigns, like Curse of Stradh, or Tomb of Annihilation let the players either hop in from third or first level, the latter with the help of a mini adventure. Storm King’s Thunder let you hop into the plot from level one or five and I don’t think Baldur’s Gate: Descent into Avernus is going to be any different.

What reasons would there be for relatively low powered characters to travel from somewhere else in Faerun to Baldur’s Gate?

FE: Like Waterdeep & Neverwinter, Baldur’s Gate is one of the bigger cities of Faerûn, so opportunity will always be around the corner for groups of every level. As in probably a lot of Dungeons & Dragons campaigns low level characters heed to the needs of locals or from people that come from outside of town, looking for capable adventurers within the cities. Some of those might be a band of wounded wood elves, that won’t have anywhere else to turn to for help.

AW: This is a great opportunity for a DM to seed in a story about why low-level characters would be traveling through this area. The Forgotten Realms is such a great setting because characters can come from anywhere and have a unique reason to travel to some of the more popular locations in Faerûn.

Are there other and better reasons for slightly higher powered heroes, say around level 5, to be travelling to the city?

FE: There are many reasons for a higher level party to travel towards Baldur’s Gate. One of them might be them being on the hunt of a young adult black dragon that so far escaped their pursuit. The previous and this one are actual adventure hooks found in Warriors of Sehanine and there is more to the adventure, though this would be for the heroes to find out. But even without getting Warriors of Sehanine, Baldur’s Gate is a sprawling city with an harbor, so adventure or danger can come around from every corner.

Warriors of Sehanine is an adventure that could be triggered on the way into Baldur’s Gate. Is that a lucky coincidence and Wizards of the Coast have happily given you a boost? Or did you have Descent into Avernus in mind as you wrote the adventure?

FE: While I would be happy to say that there is an Arcane Eye stored in the headquarters of Wizards of the Coast that let us peak into their plans, given my size, it was probably my Lucky trait as halfling, as we as a team set out to write Warriors of Sehanine before it was announced. Though once the news broke where heroes of Faerûn would be sent next by Wizard of the Coast, we all were understandebly very happy. Though Warriors of Sehanine is still different, so players that choose to tackle our adventure, would experience probably different encounters than Baldur’s Gate: Descent into Avernus.

AW: We started working on Warriors long before Avernus was announced, so I’ll second Florian’s response that we just got lucky! But it’s a location we’ve been drawn to for a long time. Baldur’s Gate and the surrounding area has such interesting lore and it’s a fun place to set an encounter.

Florian, you’re an author on Encounters in the Savage Wilderness too. Would you recommend that set of encounters as other possible events en route or in the countryside around Baldur’s Gate?

FE: The Encounter in the Savage… series, produced by Jeff C. Stevens always has a lot of cool great things for players to explore. These are a series of miniadventures that can be easily dropped in and spice everything up. From your home campaign, to published adventures, and can be wholeheartedly recommended. It might not have always encounters specific to Baldur’s Gate, but they are easy enough to adopt.

Warriors of Sehanine is more than just a set of encounters, though, it layers into Forgotten Realms and Baldur’s Gate lore and history. Do potential DMs need to know a lot of Faerun’s background to run the adventure?

FE: Absolutely not. Warriors of Sehanine is written with mantra by Wizards of the Coast in mind. That is, all they need is their Dungeon Master’s Guide, Player’s Handbook and Monster Manual and they are all set to go. We as a team, but especially JVC Parry and Ashley Warren, took great care in giving everything to the Dungeon Master they would need.

Though with Warriors of Sehanine being very modular, if a Dungeon Master is not feeling comfortable, all of those can be dropped. The task was clear for us, the Dungeon Master should be empowered, so they can also have an enjoyable time, along with players, with the module. We even went beyond that. We included all the maps & art as handouts within the adventure, so people that are reliant on VTT, or just enjoy this form can do so without hassle. For those that gather with groups we added a paper mini from TrashMobMini exclusive to this adventure, and we aim to add more over time when certain milestones are hit.

AW: This is a very approachable adventure for people new to DnD. We’ve included plenty of backstory and lore so that the adventure can be run without prior knowledge.

Do you have any tips on ways DMs, or perhaps players, could crash course on Baldur’s Gate lore? People might want to soak up knowledge before Descent into Avernus hits stores.

FE: Sure, people that have the Sword Coast Adventurer’s Guide within their grasp, will probably be able to read upon on it quickly. There is also a small section in Hoard of the Dragon Queen, for people with that at hand. Other than that, the Dungeons & Dragons community is vast and awesome and there are so many blogs that can give inquisitive Dungeon Masters a treasure trove of information if sought out.

What tips or ideas do you have for DMs looking for level 1 to 3 appropriate ways to teach characters through adventure when they’re inside Baldur’s Gate?

FE: Hop onto the Dungeon Masters Guild! Seriously, and you don’t have to look far, Ashley Warren & JVC Parry have numerous adventures under their belt that can be easily converted for use in and around Baldur’s Gate for that specific level range. The Dragon+ magazine from Wizards of the Coast is also a good resource and I anticipate a lot of articles and tips coming out from there as well, and if that is not enough to choose from, there is also DnDBeyond with the Encounter of the Week.

AW: I second Florian’s suggestions that DMs Guild and James Haeck’s Baldur’s Gate encounter series on DnD Beyond are great places to start. What’s fun about a location like Baldur’s Gate is that there are decades of stories already written for it.

You can download Warriors of Sehanine from the DM’s Guild today. 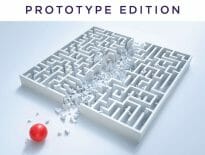 Tabletop & RPGs You may not have considered: A review of Fate Acce… 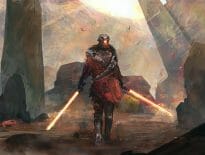 Tabletop & RPGs Two of the three best-selling RPGs in the last qua…
wpDiscuzComment Author Info
Manage Cookie Consent
This site uses cookies 🍪, and links are ads that may earn bloggers some money 💰, and with this alert, I very much hope that these dark truths 🧌 are acknowledged.
Manage options Manage services Manage vendors Read more about these purposes
Preferences
{title} {title} {title}
Loading Comments...