You are here: Home / Games / Console / Baldur’s Gate 3 revealed, and it feels all very Cthulhuesq

Google has been talking about its new gaming platform Stadia today. In the list of announcements about Stadia comes the news that Baldur’s Gate 3 is being made for it.

We’re getting Baldur’s Gate 3, and it is being developed by Larian Studios, the company behind the Divinity RPG series

I’ve always found it slightly strange that Great Old One makes the cut as a Warlock patron. Couldn’t Wizards of the Coast have come up with something more original? Equally, having Cthulhu name-checked as an example feels disappointing.

However, what Larian manage to do with the Mind Flayers in this trailer works an absolute blast. The flickering lightning and the dangerous skies over Baldur’s Gate feel truly Dungeons & Dragons and yet, also, Cthulhuesq.

Matt Purslow, of IGN, speculates whether Larian is pulling inspiration from Spelljammer, a D&D campaign setting that takes fantasy into space. That’s possible, but I doubt that would be Wizards of the Coast’s recommended tactics. They’ve just gone to lengths to link Baldur’s Gate with Descent into Avernus. That’s a different direction altogether.

That said, one might have wondered why Wizard of the Coast bothered at all with the ‘Baldur’s Gate’ part of Baldur’s Gate: Descent into Avernus. I think the arrival of Baldur’s Gate 3 helps explain. The spotlight is very much on the city.

Over at IGN, Purslow got to talk to Swen Vincke, the CEO of Larian. He reinforces that tactical approach from the game’s publisher, saying;

As a matter of fact, the campaign that Wizards of the Coast just announced is called Baldur’s Gate: Descent into Avernus, and it no coincidence that it’s called Baldur’s Gate. It is essentially the prequel of what’s going to be happening in the Forgotten Realms within Baldur’s Gate 3. So you’re going to see lots of references in there. It will be an awesome adventure.”

It’s a big deal for Larian. They’ll be writing a game that uses the 5e rules set, and they have the creative freedom to do what they want providing they respect D&D’s lore.

The phrase “It’s not what you expect it to be” puts pretty much all options on the table. Vincke doesn’t reinforce Purslow’s Spelljammer idea, though, in fact, he wheels us back to the Forgotten Realms and adds;

Mind Flayers are very much part of Forgotten Realms, and they actually featured in the previous Baldur’s Gate. But we’re going to go to places which have maybe not been visualized as strongly as we’re going to be visualizing them.”

It’s been nearly twenty years since Baldur’s Gate, since Boo and Minsc. It’s a game I very much enjoyed until getting stuck on a werewolf island in the expansion after an (apparent) glitch wouldn’t reveal the secret door to get off. There’s a whole new generation of D&D fans who’ve yet to explore the city.

“We’re not going to release it unless it is the game that it deserves to be. Because as I said, otherwise I think we might be in danger.”

Did the trailer work for you? Do you think the game is going to be worth the wait or is the hype that will surely build around it make it impossible for Larian to deliver?

Baldur’s Gate 3 revealed, and it feels all very Cthulhuesq 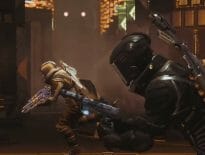 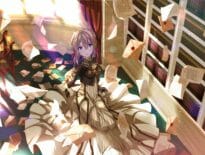