You are here: Home / Games / Tabletop & RPGs / Dungeons & Dragons did you know: Avernus is a real place

The most recently announced D&D storyline is Descent into Avernus which takes players into hell. The premiere of the setting was a stream on D&D Live 2019 in which the PCs fought a giant bird known as a Roc.

The name Avernus comes from the Greek word aornos which translates as “without birds”. It’s a volcanic crater in Italy and is believed to be the entrance to the Underworld.

Within the Avernus crater, which is over 3km in circumference, is Lake Avernus. It is possible that the toxic fumes given off by the volcanic crater did kill of birds drawn to the lake. The name is fitting.

Over time, however, the word Avernus was used to simply to mean ‘gateway to hell’.

We’re left to speculate whether any real-world mythology will be echoed in the Dungeons & Dragons storyline, but it doesn’t hurt to know ancient history. So let’s take a look.

Avernus in the Aeneid

Avernus gets a few mentions in the epic poem written by Virgil. In book VI of the Aeneid, the Sybil led Aeneas to the Underworld. In fact, the phrase “Descent to Avernus” is used once.

The text in the Aeneid appears below. First, though, as that’s a long read is this YouTube clip of someone approaching a real-world gated doorway by Lake Avernus which is supposed to be the gateway to Hell. They read from Virgil’s Aeneid.

In these words the Cumaean Sibyl chants from the shrine her dread enigmas and booms from the cavern, wrapping truth in darkness – so does Apollo shake his reins as she rages, and ply the goad beneath her breast. As soon as the frenzy ceased and the raving lips were hushed, Aeneas the hero begins: “For me no form of toils arises, O maiden, strange or unlooked for; all this have I foreseen and debated in my mind. On thing I pray: since here is the famed gate of the nether king, and the gloomy marsh from Acheron’s overflow, be it granted me to pass into my dear father’s sight and presence; show the way and open the hallowed portals! Amid flames and a thousand pursuing spears, I rescued him on these shoulders, and brought him safe from the enemy’s midst. He, the partner of my journey, endured with me all the seas and all the menace of ocean and sky, weak as he was, beyond the strength and portion of age. He is was who prayed and charged me humbly to seek you and draw near to your threshold. Pity both son and sire, I beseech you, gracious one; for you are all-powerful, and not in vain did Hecate make you mistress in the groves of Avernus. If Orpheus availed to summon his wife’s shade, strong in his Thracian lyre and tuneful strings; if Pollux, dying in turn, ransomed his brother and so many times comes and goes his way – why speak of Theseus, why of Hercules the mighty – I, too, have descent from Jove most high!”

In such words he prayed and clasped the altar, when thus the prophetess began to speak: “Sprung from blood of gods, son of Trojan Anchises, easy is the descent to Avernus: night and day the door of gloomy Dis stands open; but to recall one’s steps and pass out to the upper air, this is the task, this the toil! Some few, whom kindly Jupiter has loved, or shining worth uplifted to heaven, sons of the gods, have availed. In all the mid-space lie woods, and Cocytus girds it, gliding with murky folds. But if such love is in your heart – if such a yearning, twice to swim the Stygian lake, twice to see black Tartarus – and if you are pleased to give rein to the mad endeavour, hear what must first be done. There lurks in a shady tree a bough, golden leaf and pliant stem, held consecrate to nether Juno [Proserpine]; this all the grove hides, and shadows veil in the dim valleys. But it is not given to pass beneath earth’s hidden places, before someone has plucked from the tree the golden-tressed fruitage. This has beautiful Proserpine ordained to be borne to her as her own gift. When the first is torn away, a second fails not, golden too, and the spray bears leaf of the selfsame ore. Search then with eyes aloft and, when found, duly pluck it with your hand; for of itself will it follow you, freely and with ease, if Fate be calling you; else with no force will you avail to win it or rend it with hard steel. Moreover, there lies the dead body of your friend – ah, you know it not! – and defiles all the fleet with death, while you seek counsel and hover on our threshold. Bear him first to his own place and hide him in the tomb. Lead black cattle; be these your first peace offerings. Only so will you survey the Stygian groves and realms the living may not tread.” She spoke, and with closed lips was silent.

With sad countenance and downcast eyes, Aeneas wends his way, quitting the cavern, and ponders in his mind the dark issues. At his side goes loyal Achates, and plants his steps under a like load of care. Much varied discourse were they weaving, each with each – of what dead comrade spoke the soothsayer, of what body for burial? And as they came, they see on the dry beach Misenus, cut off by untimely death – Misenus, son of Aeolus, surpassed by none in stirring men with his bugle’s blare, and in kindling with his clang the god of war. He had been great Hector’s comrade, at Hector’s side he braved the fray, glorious for clarion and spear alike; but when Achilles, victorious, stripped his chief of life, the valiant hero came into the fellowship of Dardan Aeneas, following no meaner standard. Yet on that day, while by chance he made the seas ring with his hollow shell – madman – and with his blare calls the gods to contest, jealous Triton, if the tale can win belief, caught and plunged him in the foaming waves amid the rocks. So, with loud lament, all were mourning round him, good Aeneas foremost. Then, weeping, they quickly carry out the Sibyl’s commands, and toil to pile up trees fro the altar of his tomb and rear it to the sky. They pass into the forest primeval, the deep lairs of beasts; down drop the pitchy pines, and the ilex rings to the stroke of the axe; ashen logs and splintering oak are cleft with wedges, and from the mountains they roll down huge ash trees.

No less Aeneas, first amid such toils, cheers his comrades and girds on like weapons. And alone he ponders with his own sad heart, gazing on the boundless forest, and, as it chanced, thus prays: “O if now that golden bough would show itself to us on the tree in the deep wood! For all things truly – ah, too truly – did the seer say of you, Misenus.” Scarce had he said these words when under his very eyes twin doves, as it chanced, came flying from the sky and lit on the green grass. Then the great hero knew them for his mother’s birds, and prays with joy: “Be my guides, if any way there be, and through the air steer a course into the grove, where the rich bough overshades the fruitful ground! And you, goddess-mother, fail not my dark hour!” So speaking, he checked his steps, marking what signs they bring, where they direct their course. As eyes could keep them within sight; then, when they came to the jaws of noisome Avernus, they swiftly rise and, dropping through the unclouded air, perch side by side on their chosen goal – a tree, through whose branches flashed the contrasting glimmer of gold. As in winter’s cold, amid the woods, the mistletoe, sown of an alien tree, is wont to bloom with strange leafage, and with yellow fruit embrace the shapely stems: such was the vision of the leafy gold on the shadowy ilex, so rustled the foil in the gentle breeze. Forthwith Aeneas plucks it and greedily breaks off the clinging bough, and carries it beneath the roof of the prophetic Sibyl.

No less meanwhile on the beach the Teucrians were weeping for Misenus and paying the last dues to the thankless dust. And first they raise a huge pyre, rich with pitchy pine and oaken logs. Its sides they entwine with somber foliage, set in front funereal cypresses, and adorn it above with gleaming arms. Some heat water, setting cauldrons bubbling on the flames, and wash and anoint the cold body. Loud is the wailing; then, their weeping done, they lay his limbs upon the couch, and over them cast purple robes, the familiar dress. Some shouldered the heavy bier – sad ministry – and in ancestral fashion, with averted eyes, held the torch below. The gifts were piled up in the blaze – frankincense, viands, and bowls of flowing oil. After the ashes fell in and the flame died away, they washed with wine the remnant of thirsty dust, and Corynaeus, gathering the bones, hid them in a brazen urn. He, too, with pure water thrice encircled his comrades and cleansed them, sprinkling light dew from a fruitful olive bough, and spoke the words of farewell. But loyal Aeneas heaps over him a massive tomb, with the soldier’s own arms, his oar and trumpet, beneath a lofty hill, which now from him is called Misenus, and keeps from age to age an ever living name.

This done, he fulfils with haste the Sibyl’s behest. A deep cave there was, yawning wide and vast, of jagged rock, and sheltered by dark lake and woodland gloom, over which no flying creatures could safely wing their way; such a vapour from those black jaws was wafted to the vaulted sky whence the Greeks spoke of Avernus, the Birdless Place. Here first the priestess set in line four dark-backed heifers, and pours wine upon their brows; then, plucking the topmost bristles from between the horns, lays them on the sacred fire for first offering, calling aloud on Hecate, supreme both in Heaven and in Hell. Others set knives to the throat and catch the warm blood in bowls. Aeneas himself slays with the sword a black-fleeced lamb to the mother [Night] of the Eumenides and her great sister [Earth], and to you, Proserpine, a barren heifer. Then for the Stygian king he inaugurates an altar by night, and lays upon the flames whole carcasses of bulls, pouring fat oil over the blazing entrails. But just before the rays and dawning of the early sun the ground rumbled underfoot, the wooded ridges began to quiver, and through the gloom dogs seemed to howl as the goddess [Hecate] drew nigh. “Away! away! you that are uninitiated!” shrieks the seer, “withdraw from all the grove! And you, rush on the road and unsheathe your sword! Now, Aeneas, is the hour for courage, now for a dauntless heart!” So much she said, and plunged madly into the opened cave; he, with fearless steps, keeps pace with his advancing guide.

Dungeons & Dragons did you know: Avernus is a real place 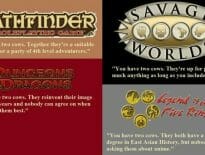 Tabletop & RPGs You have two cows… the roleplaying game edit… 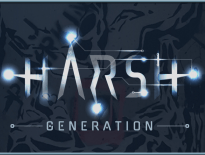