You are here: Home / Games / Tabletop & RPGs / Speculation grows on Wizards of the Coast and an official D&D virtual tabletop

Speculation is mounting that Wizards of the Coast are working on or considering a virtual tabletop of their own.

The spark of interest comes from an official D&D survey. Wizards of the Coast even say it will “… help shape the future of Dungeons & Dragons”.

Some people got extra questions but only after they agreed to keep what they were about a secret. Unfortunately, this blogger did not get that prompt.

Then, two things happened in the survey. First, it angered some because of its threatening language. It’s also hard to convince geeks that you can use IP addresses to trace anyone.

The threats were visible before ticking the radio box in which you promise to keep the contents a secret.

Afterwards, bit by bit, as the threats got people talking, the idea that there was a video in this bit of a survey revealed a new virtual tabletop picked up momentum. There are now hundred plus comments and votes about it on one Reddit thread.

Hours before, D&D boss Ray Winninger had been tweeting about 5 new D&D books coming in the next year and that they would use new formats.

Geek Native had already speculated that this might be a subscription offering similar to the Cthulhu Mythos Saga that Petersen Game uses, perhaps a zine-style RPG ecosystem that Rebellion Unplugged may be working on, or even a physical model subscription in conjunction with WizKids via the D&D branded DnD Minis.

However, I also wondered whether it could be something far more unusual such as a virtual tabletop board like the Last Gameboard. The Last Gameboard and other similar Kickstarters have built flat-screen devices designed to lay flat on a tabletop and show whatever board game space or dungeon map is needed. Some could even track dice or the movement of minis over them.

The attraction of an electronic board is that it also offers an entry point into a subscription model. Imagine a Netflix for your board games or battle maps.

The hugely influential venture capital firm Andreesen Horowitz is on record in supporting the “digital future of tabletop games” and even cites the AI Dungeon.

Andreesen Horowitz also mentions The Last Gameboard and the potential for augmented reality “go there and adventure” games as a new evolution in tabletop.

Yesterday, Hasbro announced a “go there and adventure” game powered by Niantic (Pokemon Go, Ingress) called Transformers: Heavy Metal. Could they not see a D&D branded game working similarly? Of course, they could.

At the same time, D&D Beyond is not owned by Hasbro. It’s owned by Fandom who bought the digital marketplace Fanatical this year, who owns the Cortex RPG system, are building Cortex Creator Studio to act as an Itch/DTRPG for it and who are nudging D&D Beyond’s technology ever closer into the virtual tabletop space with offerings such as dice rollers.

Fandom is not, despite their online prowess, not show running D&D Live 2021. That’s gone to the reborn eSports network G4, which is owned by Comcast. Comcast is not believed to own a rival RPG system.

Meanwhile, financial overview agencies such as Fitch are giving Hasbro negative ratings out of fear that established franchises are tapped out, that there’s nothing new to do with them, thus putting some onus on the games and model company to find new formats. 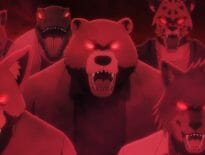 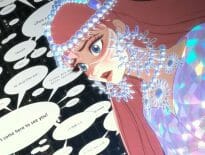